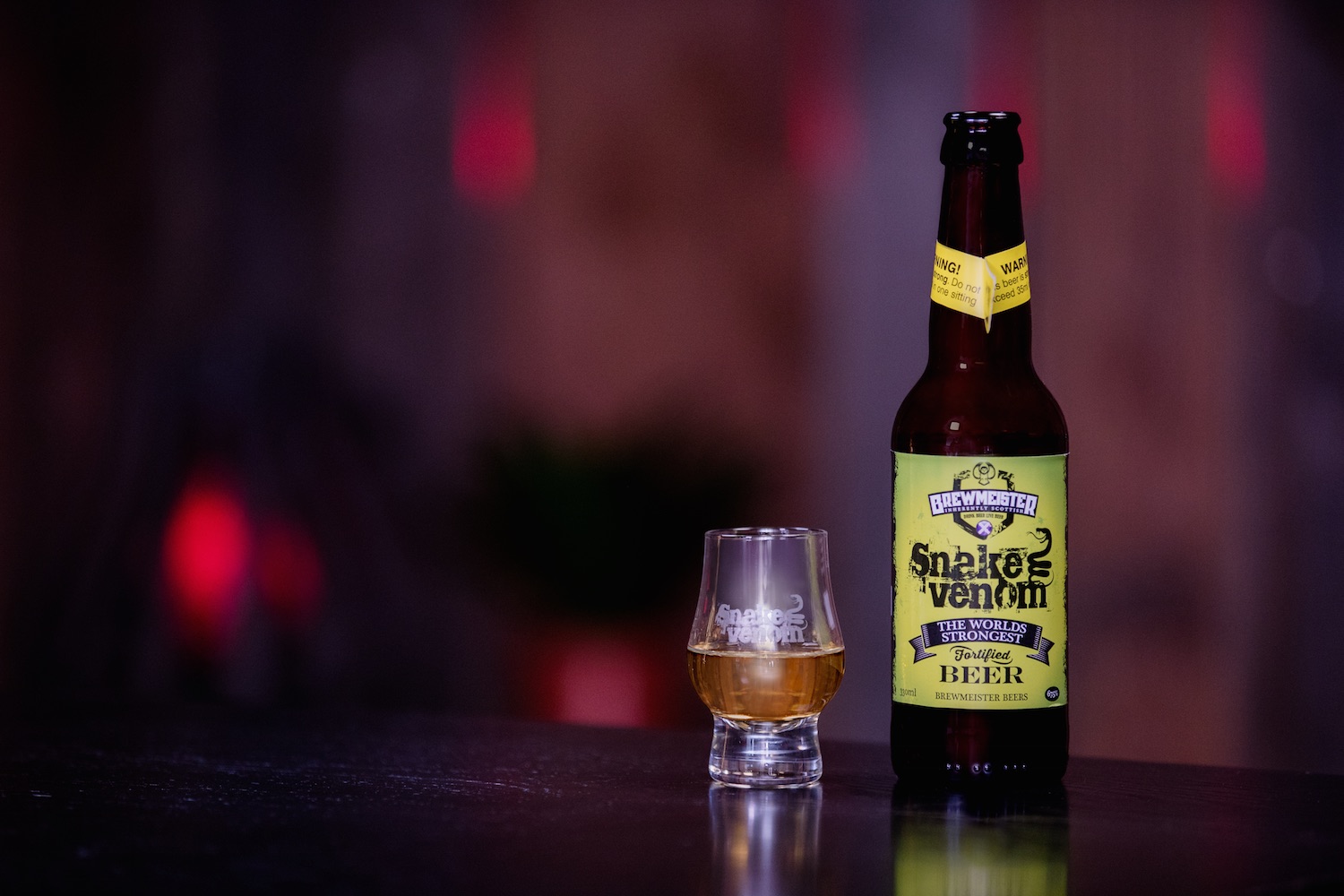 I know what I’m drinking tonight.

It’s well known that the higher % a drink is, the more likely it is to get you blackout drunk. But the problem with drinking higher % drinks is that they’re normally a lot stronger and as such, don’t taste anywhere near as nice.

This might be about to change though with the announcement that a 67.5% beer is now available in the UK. To put that into context, most spirits are around the 40% mark, regular beers are between 4-6% and wine is around 10-12%. In fact, the only drink stronger than this is absinthe at 80%, and that’s been known to make people hallucinate. This is one proposition that you don’t want to take lightly.

The drink is known as Snake Venom and is available direct from the Scottish based Keith Brewery and apparently it’s been available to buy overseas for years but has only been brought out here in this country very recently. Not really sure why that is but I’m glad that we’re finally able to join the party:

There is one quite huge catch though. The increased percentage also means an increased price, with one 330ml bottle of the stuff setting you back a whopping £54.99. That might sound outrageous because that’s probably what you would spend on booze on a really, really big night. I suppose the flip side is that after one bottle of this stuff you’re probably going to be absolutely steaming – it still seems like a bit much though.

Maybe buy it for your really good friend as a wedding present or something. Can’t really see much other use for it, except maybe to make someone neck it on a stag do if you can afford it. You can’t buy it in the shops – only online from Keith Brewery themselves. Get saving I suppose.

For more of the same, check out this app that shows you where you can get free pints of beer. Useful.