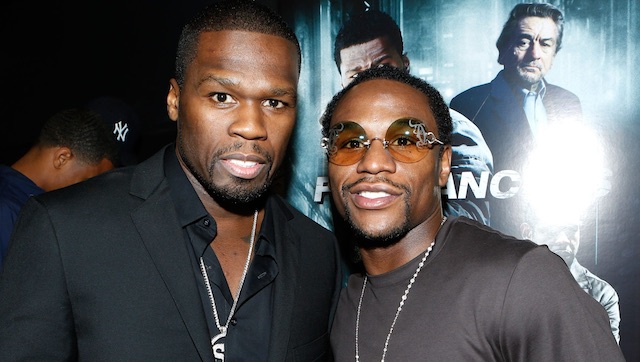 He took hair from his ass and put it on his face.

There aren’t many people out there that full on come at Floyd Mayweather unless they’re planning on boxing him soon – or trying to secure a fight – but 50 Cent has always had a weird relationship with the undefeated champion and he’s proving it once again today by clowning him for allegedly having a beard transplant of all things.

I wasn’t aware that a beard transplant was an actual process, but apparently it is and 50 Cent wanted to draw attention to Floyd getting one by posting about it on his Instagram page and then swiftly deleting it. I’m not really sure what 50 chooses to do things in that way because he must know by now that it’s going to get screenshotted and posted all over the internet, but I guess that’s just his MO now. I guess it could be worse.

Anyway, here’s what he said:

Jokes? Not sure why anyone would want hair from their butt on their face, but I guess if it’s the only way to get that sweet sweet stubble then needs must. I suppose you would be hoping that nobody figured out that was how you did it, that’s all.

It’s obviously not confirmed at the moment by Mayweather himself so could all be false, but the thing is it looks like it might actually be true as Mayweather has been parading his facial hair around on his social media recently. There’s also this video from a YouTuber who has also had a beard transplant explains why he thinks that Mayweather has also had one and is argument is pretty convincing:

Kinda looks like it might be true hey? I don’t really know why anyone would be desperate to have a rubbish looking bit of stubble like that – especially when it means grafting hair from your ass onto your face – but I guess when you’re Floyd Mayweather and you’ve got it all then you might as well go for some extra facial hair as well. What do you get for the guy who has everything?

Hopefully he doesn’t take 50 Cent’s jibe too personally and lets it ruin his big new achievement, although I’m sure even if he did then he could probably just pay to get it sorted out or get something better. Money Mayweather baby.

For more of the same, check out the moment that Logan Paul knew that it was official that he was fighting Floyd Mayweather. That’s going to be so jokes.