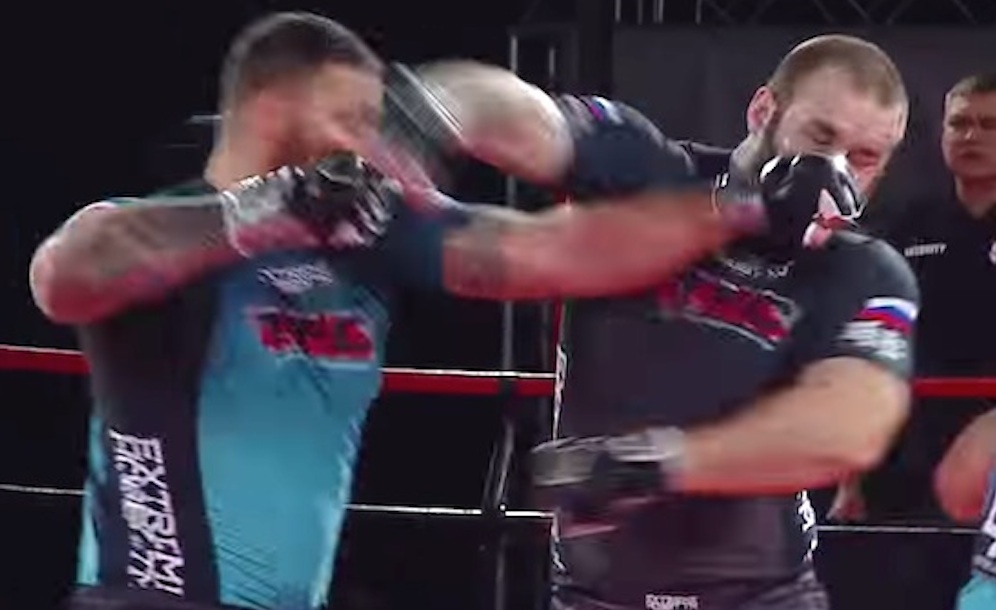 Russia V Poland in a no rules match pretty much.

We’ve featured the Team Fighting Championship on Sick Chirpse a couple of times before – it’s basically five guys from the same country fighting another five guys from another country in a no holds barred fight – but I’m surprised that it’s still an actual sport and that they’re still making new events and videos of it because it is so full on brutal that it should probably be banned. It’s pretty much just like watching a bunch of hooligans scrapping with each other after a football match, only it’s legal and there’s a referee.

In this latest edition of the sport – imaginatively entitled Team Fighting Championship 3 – the Barbarians of Russia are taking on the HFA Poles. As you might have guessed, the results are suitably barbaric with one team (I won’t spoil which) quickly getting the man advantage and then proceeding to absolutely pummel the other one in two on one situations, often with their opponent on the floor whilst they throw punch after punch and kick after kick at their head. Nice.

Needless to say, many of the fighters are a bloody mess afterwards, but I suppose that’s why people love Team Fighting Championship and why they continue to tune in and why it keeps getting made.