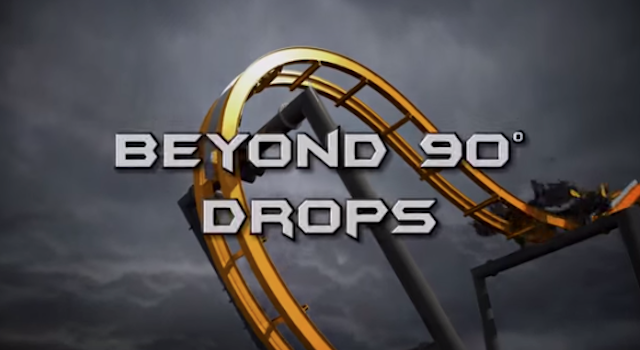 Once again, the bar has been raised.

Unfortunately it isn’t built yet so we just get one of those lame CGI videos of it in action, but it is more than enough to see that it looks like it’s going to be absolutely crazy when it does debut. It’s got beyond 90 degree drops like the Saw coaster has over here and it kind of sits you like The Swarm does – in that some people are facing forwards and some backwards – but in addition to this it flips you round and round all the time whilst you’re actually going around the tracks of the ride.

Does that make sense? I’m not sure if I explained it properly but you can check out the video below and see what I mean. Although it doesn’t look particularly terrifying, it definitely looks original and stomach churning. One to put on the bucket list alongside the largest water slide in the world – which incidentally isn’t too far away.