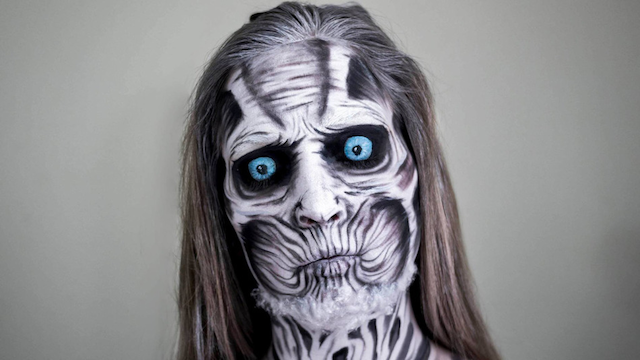 Elsa Pageler has only been face painting for about a year, but has managed to come up with some of the best designs in history.

I didn’t really even know that face painting was considered such an art form until recently – and neither it seemed did face painting artist Elsa Pageler – but it turns out it is and Elsa is doing some of the best stuff out there at the moment. What’s even more amazing is that she’s only been face painting for about a year and pretty much taught herself.

After deciding to take it up as a hobby, Elsa started attending a class during college but pretty much learned nothing about the skills she wanted, so instead turned to the internet. One year later – and with a little help from a local face painting company, which fitted her out with the correct supplies and in her own words too her art to the next level – her face painting is so good that it’s being featured on a whole bunch of websites and she can pull off some of the best looks out there right now.

I mean look at the White Walker from Game Of Thrones at the top of the page and all the other ones here – not only are they really good, but you’d be hard pressed to think that it was even the same woman underneath it all. Elsa says that she never practices her designs, instead choosing to work on them from scratch until she gets them right, which can sometimes take many attempts and many hours. The White Walker was particularly difficult for example, because she had to face paint her own eyelids, which as you can imagine probably wasn’t easy.

Here are a few of her best pieces, as well as some YouTube videos which she has made to detail the process because there were a few haters who said that what she was doing wasn’t real. Fuck the haters.