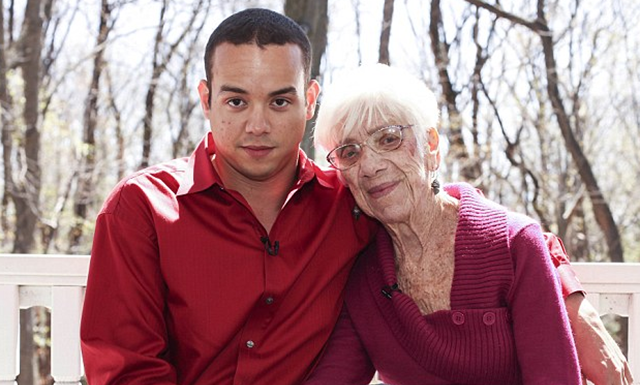 We’re not ones to judge people’s sexual preferences – but this is absolutely disgusting.

We don’t want to hate on people’s sexual preferences. You can have sex with men, women, old people, young (and legal) people, fat, skinny, whatever — it doesn’t matter, everyone’s into different things and that’s fine. It’s your penis/vagina — do whatever you want with it.

Having said that, 31-year-old Kyle Jones is a fucking sexual deviant.

â˜› GILF: Christie Brinkley Is The Hottest 60-Year-Old Of All Time

This guy is an ‘extreme toy boy’ who only dates grannies. He says he’s dated numerous pensioners in his time, sometimes more than one at a time (play on playa) but is now in an exclusive relationship with 91-YEAR-OLD great grandmother Marjorie McCool. That’s a fucking 60 year age gap. If you haven’t visualised it already, yep — they also have an active sex life.

Kyle says: “Everyone’s brain is wired differently, some guys prefer blondes, some brunettes, some like other guys — I like old ladies. Most of the time, the average age I go for is between 60 and 80. They worry about their boobs sagging but I think the natural hang looks great.”

Grandma says: “The physical side of our relationship is wonderful. I amaze myself, he amazes me. I wear sexy outfits to bed. I try to keep my bra on though because I don’t have much left.” 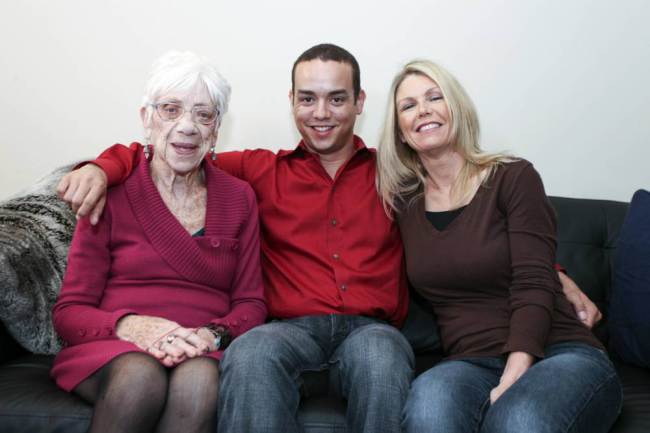 Big up grandma though — nothing will do more for a 91-year-old woman’s confidence than swinging from a 31-year-old cock. Must be the belle of the bingo hall this one.