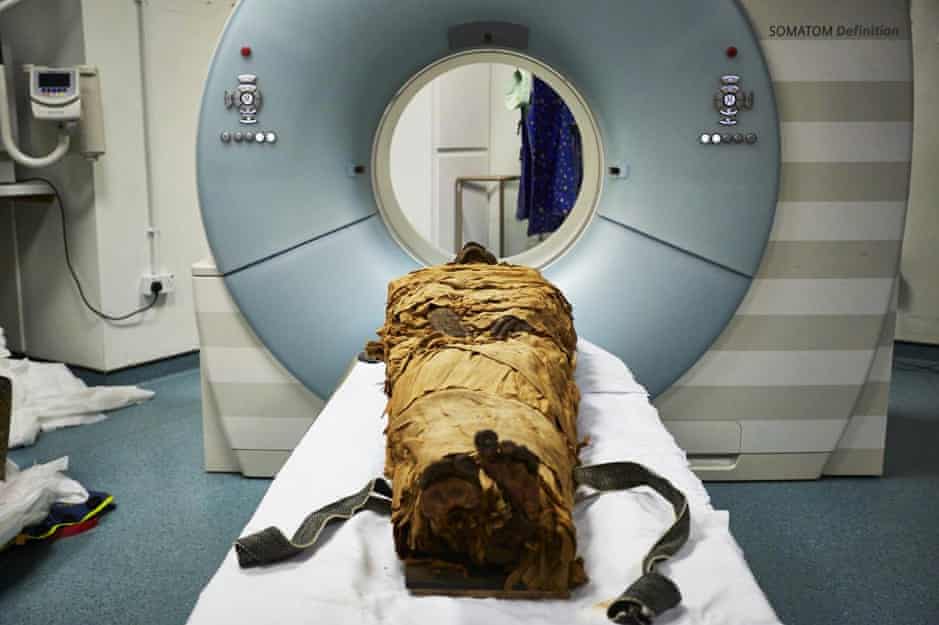 This is really weird.

The “voice” of an ancient Egyptian priest has been heard for the first time since he died and was mummified 3,000 years ago, thanks to scientists with nothing better to do apparently.

As per The Guardian, Nesyamun lived under the pharaoh Rameses XI, who reigned around the beginning of the 11th century BC.

A team of researchers at Leeds City Museum 3D-printed a reproduction of Nesyamun’s vocal tract to hear what his voice would have sounded like, and this was the result:

Researchers say they’ve mimicked the voice of an Egyptian mummy by recreating some of its vocal tract.

Like the presenter says, what was the point of that exactly? Just a giant waste of time, money and research just to find out that apparently 3,000 year old mummies spoke exactly like Stephen Hawking.

Besides, have these people not see any of The Mummy movies? One thing you absolutely cannot do under any circumstances is mess with ancient mummies and Egyptian tombs. And I’m pretty sure giving them 3D vocal cords and making them sound stupid on national TV falls under ‘messing’ with them. Who knows what kind of ancient Egyptian curse these so-called scientists just unleashed onto the world?

How about spending some of that money and research on oh I don’t know… trying to cure cancer or something? Especially now that we know vaping causes it too.