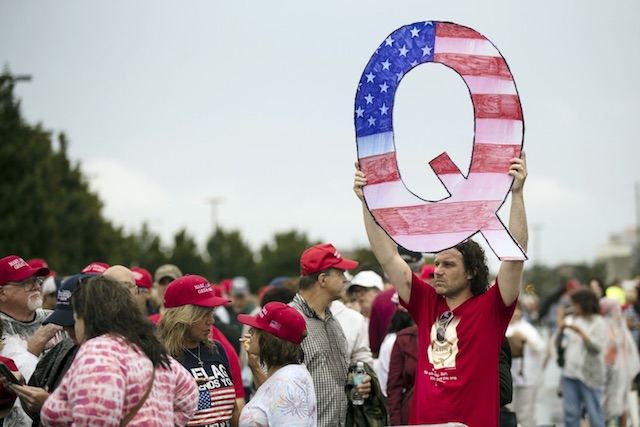 This is getting out of control.

I’ve talked a lot on these pages about how there are a hell of a lot of weird conspiracy theories pedalled all over the internet that people actually believe and will willingly argue almost to the death for, but I’m not sure that I was aware of just how humongous a problem this was becoming.

A new study from the Washington-based Public Religion Research Institute (PRRI) was conducted over all 50 states in America in the first to weeks of March interviewing 5500 people and then using that data to determine whether or not someone was a follower of the QAnon conspiracy. Shockingly, the results indicated that roughly 15% of the population believed in QAnon, equating to a whopping 31 million people in the country. That’s literally blown my mind.

A whopping 15% of Americans believe that their country is controlled by a “group of Satan-worshipping paedophiles” and that “true patriots” may have to resort to violence.https://t.co/T5wXn6Gqsr pic.twitter.com/HxKwvYqjZI

Of course, these results aren’t necessarily true as the people surveyed weren’t asked directly if they believed in QAnon. However, most of the people who believe in QAnon are Republicans, Donald Trumps fans, Christians and regularly tune in to right wing news channels, so it’s fair to say that if someone ticks all those boxes then there’s a good chance they’re into QAnon as well.

Here’s what the study had to say about the findings:

Media news consumption is by far the strongest independent predictor of QAnon beliefs.

Remarkably, those who report most trusting far-right media sources are nearly nine times more likely to be QAnon believers compared to those who most trust broadcast networks such as ABC, CBS, and NBC.

20% of Americans believe there is a storm coming soon that will sweep away the elites in power and restore the rightful leaders’ and 15% of agree that because things have gotten so far off track, true American patriots may have to resort to violence in order to save our country.

Jesus. That really is some grim reading and truly indicative of how messed up stuff over in the States is at the moment. I suppose we all did kind of know that already, but to see it broken down with these facts and figures really is a sobering thought. What an absolute mess.

For more of the same, check out CNN interviewing a bunch of QAnon conspiracy theorists. Kinda funny but probably more scary after seeing the results in this article.