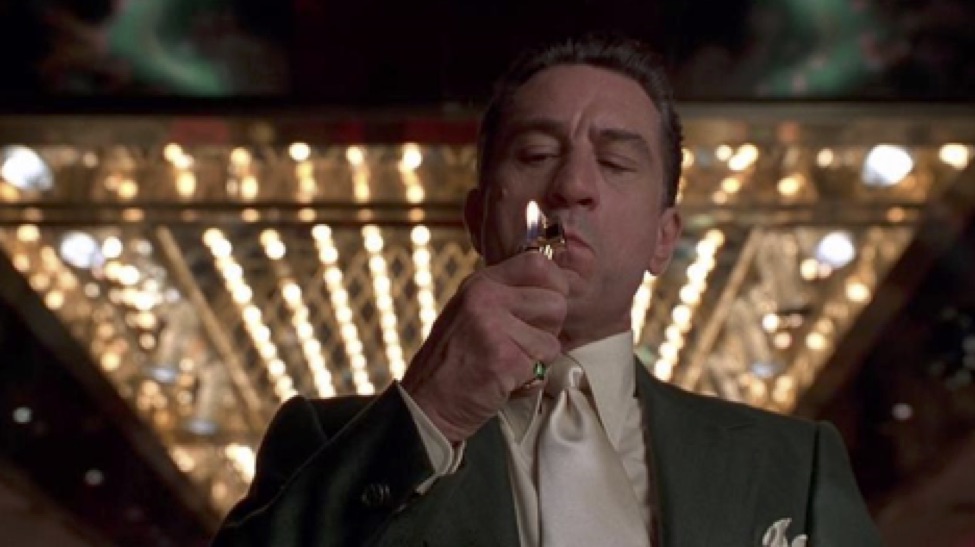 One of the all time greats.

Films about gangsters are hardly rare but even now, 25 years since it was released, Casino stands out as one of the finest movies of its type.

Now considered to be an all-time classic, Casino was based on Casino: Love and Honor in Las Vegas, a nonfiction book, with the film featuring characters that are based on real-life people.

Interestingly, that book was written by Nicholas Pileggi, who had previously collaborated on Goodfellas with much of the same team behind Casino – the two films are often compared.

Casino rewards repeat viewings. This is why it has resulted in 25 years of love from film fans.

Chemistry Between Scorsese And De Niro

Among the key reasons why Casino works so well is the trust between director Martin Scorsese and lead actor Robert De Niro. This was their eighth film working together.

Scorsese and De Niro previously teamed up on movies including Mean Streets, Taxi Driver and Raging Bull – all of which are considered classics – but for many Casino is the best of their collaborations.

De Niro takes the lead role of Sam, the character that is inspired by the life of Frank Rosenthal.

A legendary Vegas figure, Frank ‘Lefty’ Rosenthal knew how to attract high roller blackjack customers, he doubled the count of female dealers which doubled blackjack revenue. Rosenthal was the man behind various other casino innovations as well, including adding a sportsbook.

Rosenthal ran a variety of Las Vegas casinos, including the Stardust, Fremont, Marina, and Hacienda. But the film mostly focuses on the fictional Tangiers Casino – mostly based on Stardust Resort and Casino – though shooting took place in the Riviera casino instead.

De Niro perfectly embodies the role, giving one of his greatest screen performances. He was oddly ignored for major awards despite wowing critics and the public alike, though Scorsese did bag a nomination for Best Director at the Golden Globe Awards.

Scorsese and De Niro reunited for the Netflix epic crime film The Irishman in 2019 and fans will be excited for the next chapter in their partnership.

Though filming of Killers Of The Flower Moon has been delayed as a result of the COVID-19 pandemic, Leonardo DiCaprio is also among the A-list cast for the hotly anticipated movie.

It is fair to say, though, that Killers Of The Flower Moon will have to be an exceptional movie if it is to go down in history as an even better Scorsese-De Niro film than Casino.

One of the fun things to do when rewatching Casino is to try to keep track of the high number of curse words that feature. Fans have even made games out of it.

Casino is said to feature the F word more than 400 times over the course of its running time. That means that it is used, on average, almost two and a half times every single minute.

Without a doubt one of the swearist movies ever committed to celluloid, Casino features more than 600 instances of swearing in total.

Indeed it is The Wolf of Wall Street, another Scorsese film, that is one of the few movies to feature more swear words than Casino.

Naturally, it is not just the swearing that means Casino is a film for adults only. The level of violence can be shocking, even for those who like those kinds of movies, with lots of gore.

There is plenty of drug use too, with alcohol featuring heavily along with cocaine. This is most definitely not a film that should ever be watched with kids – but that is why it is so great.

Scorsese is known for including a lot of fun cameos in his films and Casino is no different.

The appearance of Cullotta is perhaps the most notable cameo in the film. This is due to the fact that he was the real-life chief lieutenant of Tony Spilotro – the mobster on which the character played by Joe Pesci in Casino was based.

When on the hunt for cameos, viewers should also try to spot some of the gaffes included in Casino that add to its charm. Cameras and mics can be seen on a number of occasions, while there are also a few continuity errors that were not caught in the editing suite.

Casino is a classic movie so spotting the cameos, counting the curses and revelling in yet another successful Scorsese-De Niro collaboration are all great ways to enjoy it even more.