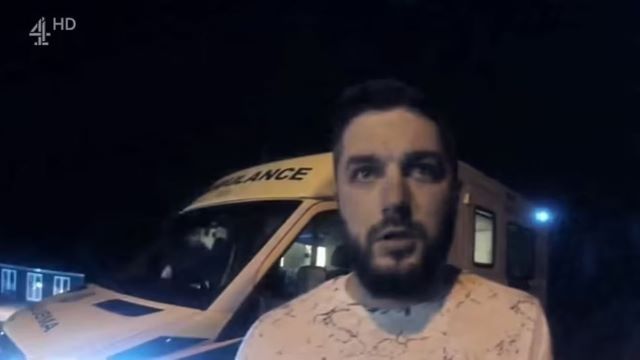 Absolutely insane episode of 24 Hours in Police Custody last night as a driver was jailed after chasing two burglars who were trying to break into his home and crashing into their motorbikes.

Officers were called to the scene after Adam White, 34, had pursued Taylor Benford and Ryan Paul, both 25. White, an electrician, explained he had ‘heard some noise’ and saw them ‘breaking into our house’ and then got into his Mercedes 4×4 to follow them after they fled.

The dad-of-two said he ‘didn’t realise how sharp’ a bend was, which meant his car ‘hit the back of their motorbikes.’ According to the voiceover, the ‘two suspected burglars were seriously injured and were rushed to hospital to be treated’, with one of them suffering a spinal cord injury.

In the end, Adam White was arrested for GBH and received 22 MONTHS in jail for causing serious injury by dangerous driving. Meanwhile, Benford and Paul – who have previous convictions for theft, dangerous driving and criminal damage – were given suspended sentences and 200 hours community service for the attempted burglary.

That doesn’t seem right, does it? I just don’t understand the rationale behind putting a homeowner with a young family in jail, yet the two scrotes who were trying to break into his home get suspended sentences? Yeah OK the red mist clearly set in and he probably should have stopped chasing the burglars after he’d ran them off his propertly, but still. The guy has little chance of reoffending and a family to support. Absolute joke. If anyone can make it make sense, let us know.

For the serial burglar who was caught after sh*tting on the floor during break-ins, click HERE.