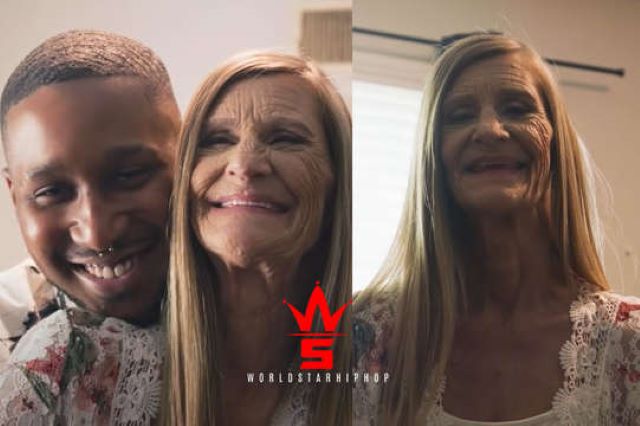 This 23-year-old has bagged himself a 60-year-old cougar.

You would think a guy who is shagging his ex-boss’s 60-year-old mum would appreciate a good troll when he sees one, but 24-year-old Quran and 61-year-old Cheryl are refusing to take shit from anyone who has something to say about their 37-year age gap.

Fair play to them – they do seem happy together:

Well, such an age gap is uncommon, but at the end of the day they’re two consenting adults who are happy with each other and that’s all that matters really. We all like a good joke and all but I have to admit, some of those comments were unnecessarily mean. Zombie? Walking Dead? It’s like people forget they’re going to be old too one day. Although to be honest, I think Cheryl’s issue is that she spent way too much time in the sun as a young’n. Was probably worth it at the time though. Great hair too and keeps herself in shape – will give her that.

Well anyway, I’m sure they’ll get a nice boost to their TikToks with this video doing the rounds. Quran already has 820k followers and Cheryl has 133k, so looks like it’s working out for them. Best of luck to the happy couple!

To meet the 83-year-0ld grandma using Tinder to find younger men for casual sex, click HERE. Why not eh?