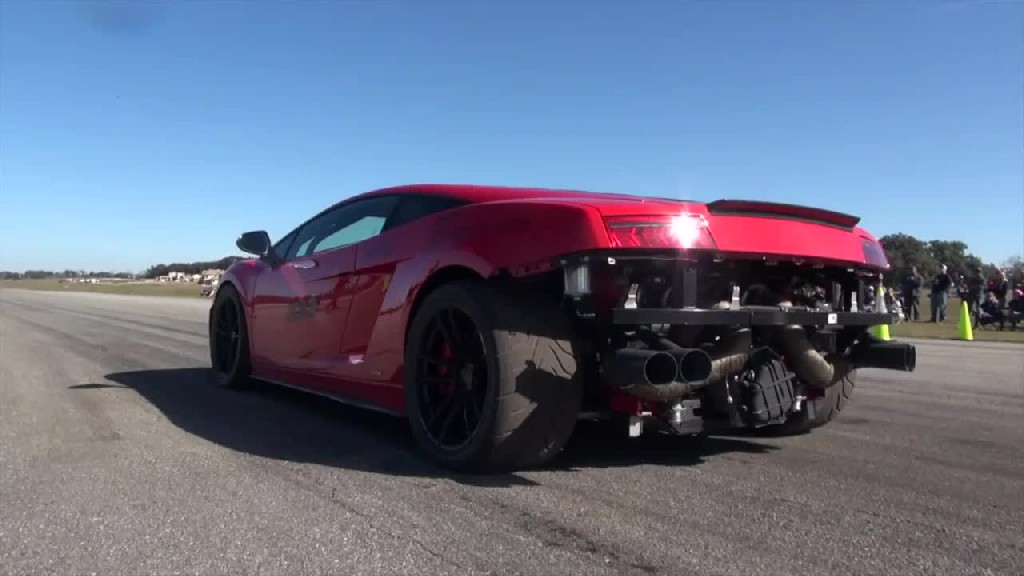 All wheel drive is pretty useless unless you know how to use it basically.

We’ve seen before on the site that it’s easy to lose control of a sick Lamborghini and crash it, but it seems like everyone is getting involved in the act now.

Here’s a video of a guy taking a 2000 horsepower Lamborghini on a top speed run on an airstrip near a small pond in Florida. As you might expect, the guy driving the car loses control of it because it’s going so fast and it crashes straight into the lake. Breathtaking stuff.

The driver loses control because the car has almost four times as much power as stock and almost zero extra down force, meaning that it loses traction at some point around 100mph. Basically, having all wheel drive is completely useless unless you know how to use it.

Luckily – considering how much it probably costs – the car itself looks relatively undamaged when it’s pulled from the lake, but we all know that water damage is hella annoying. The driver wasn’t hurt or injured either, although he probably feels like a bit of an idiot now that everyone is watching this clip and laughing at him. Unlucky mate.