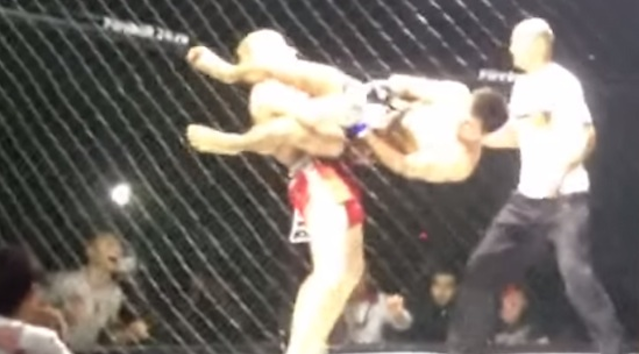 Over in Siberia, you can pretty much do anything you want if you put your mind to it which is why stuff like MMA two on two cage brawls happen on the reg over there and why stuff like this insanely brutal 5 v 5 MMA match is allowed to happen.

This fight isn’t much less graphic than that one though. it starts off as a two on two scrap in a cage which quickly turns into a two on one situation when one of the participants is KOed. What do you think happens next?

Yup, that’s right – somehow the guy left on his own manages to knock both of the guys on the other team out in a matter of seconds. They sure are tough over there huh, but not as tough as this dangerous little gangster though.