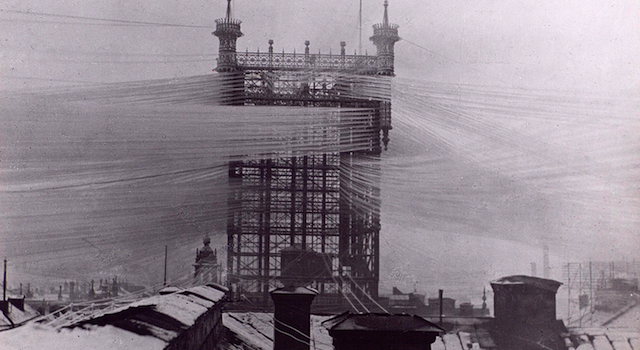 The early days of the telephone look like they were really, really stupid.

The early days of the telephone were pretty stupid. Everyone wanted to be connected, but back then the only way to connect someone was to manually string a line from your house or business to a phone exchange, where the call was connected by a live operator. Sounds long as fuck, and also meant that the whole town was somewhat ridiculously covered in telephone lines. Even before the Stockholm Subway became the world’s largest art installation, it seems like the Swedes were having a crack at it inadvertently.

And we mean literally covered, as you can see from the pictures above and below. The central telephone exchange was a building called the Telefontornet which connected about 5000 different telephone lines. We can look back at this now and see how ridiculous and absurd it is – especially during the winter months when the lines would quite obviously get covered in snow – but back then the race for connectivity was so great that they clearly thought it was worth the risk.

That said, it was still pretty crappy and high winds, fires, snow and storms all meant that the network was whack when it existed in this model. Fortunately, it only lasted for about 23 years from 1890 as technology developed so much that the Telefontornet and all these ridiculous telephone cables were no longer needed. It still stood as a landmark in the city though, until 1953 when it too caught on fire and was burnt to the ground. Good riddance. 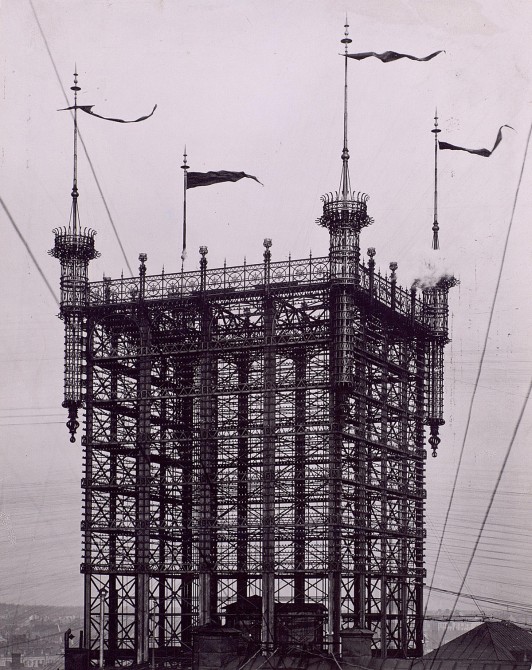 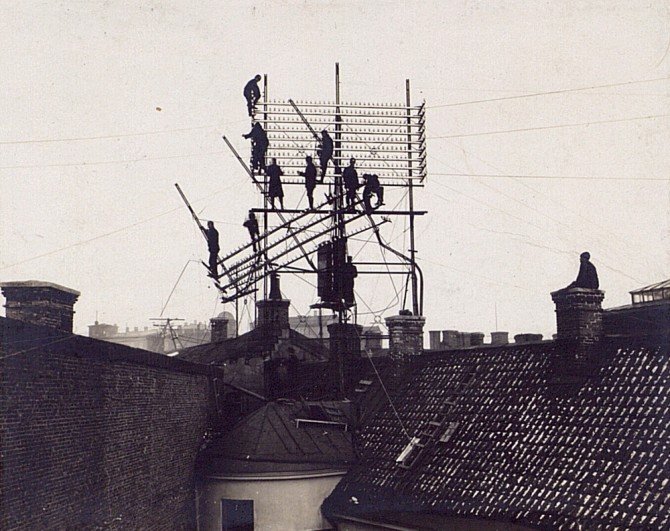 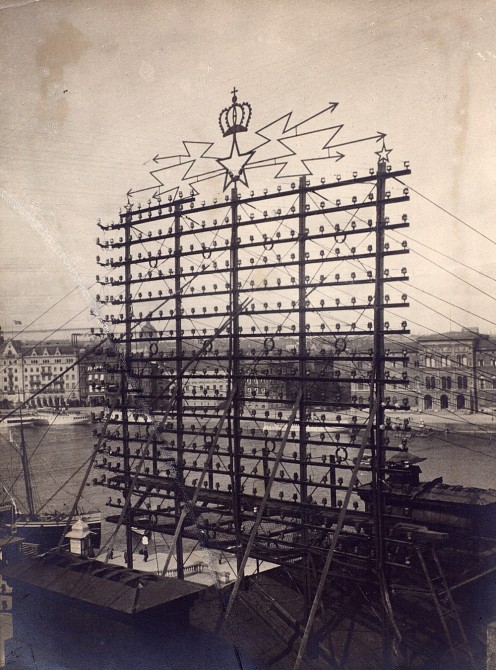 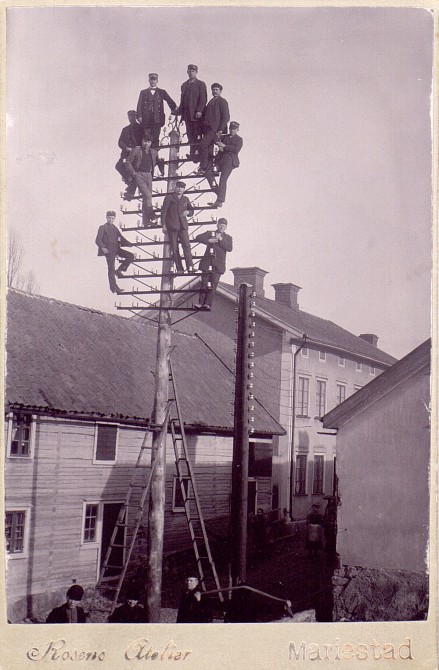 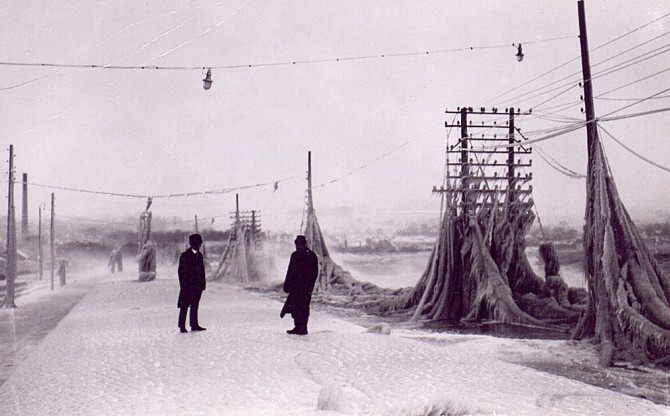 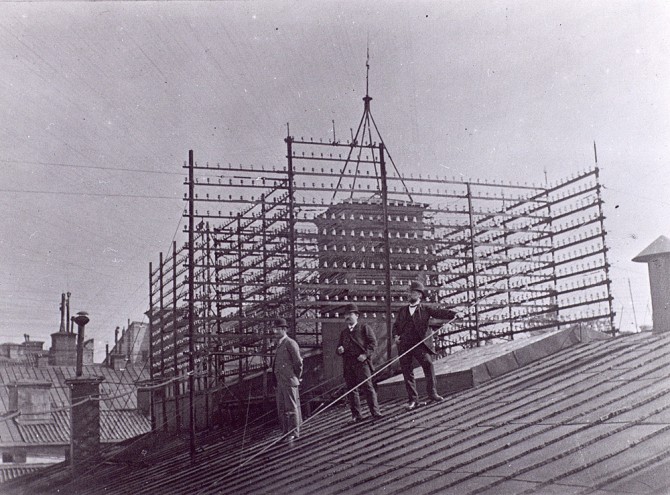 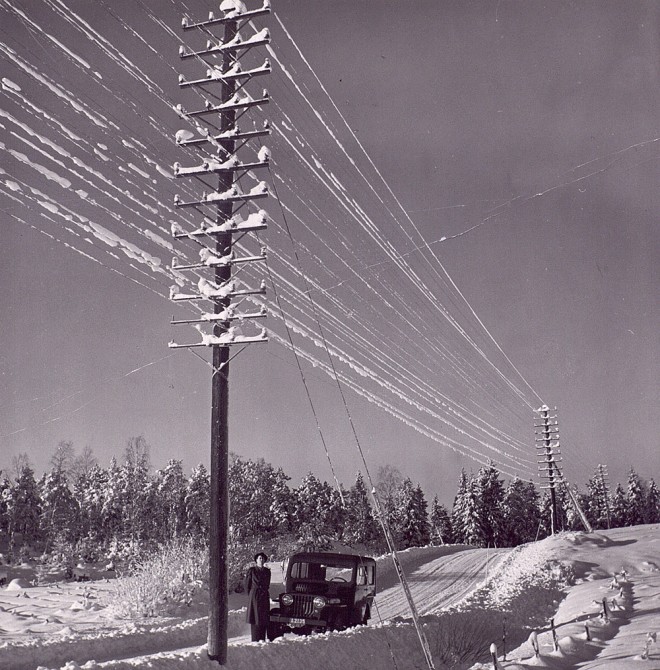 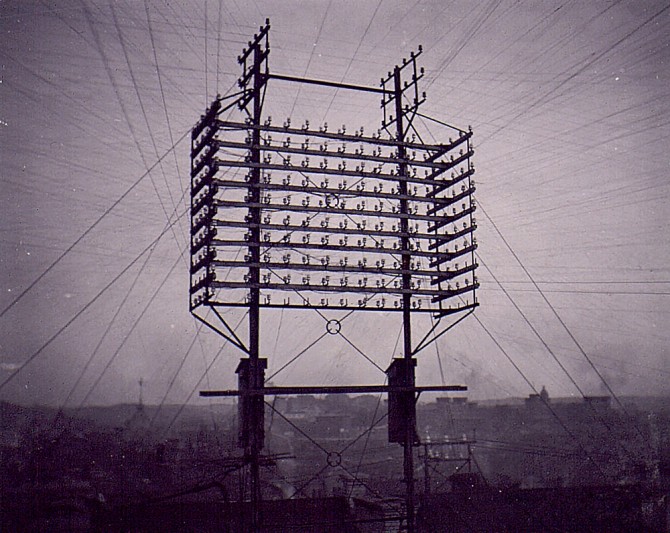 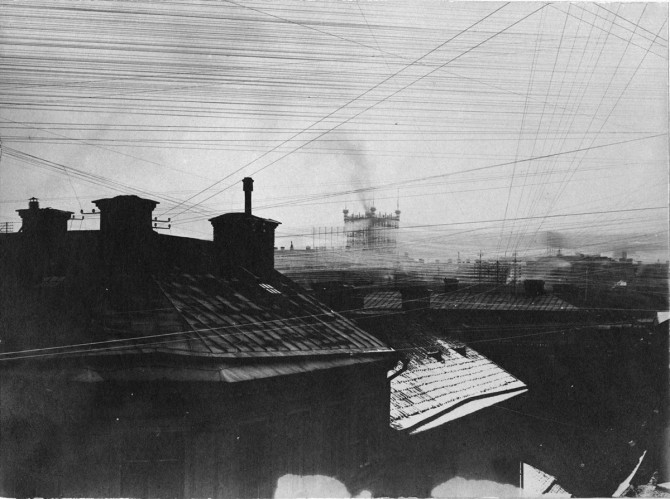 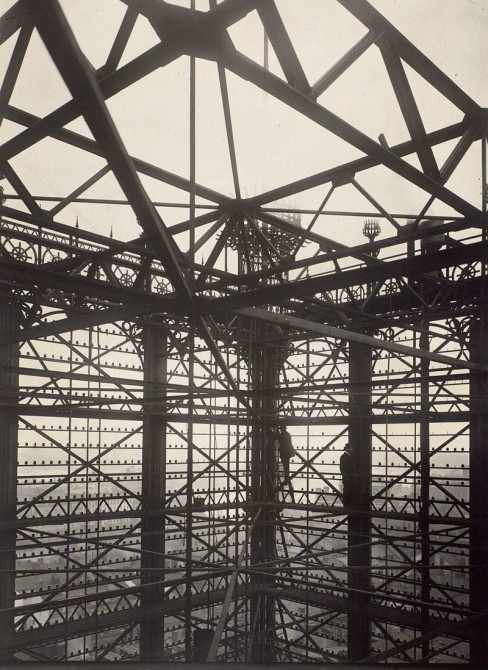 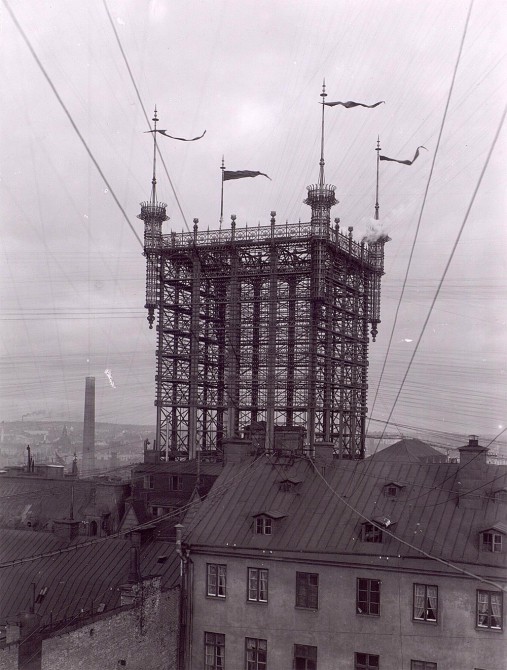