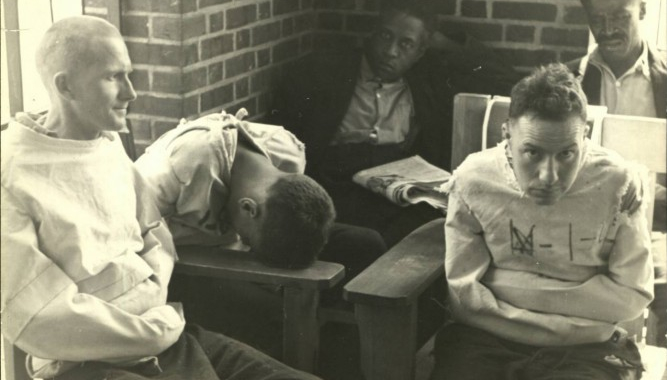 Genuine reasons for admission to a 19th century ‘lunatic asylum’ revealed, and it looks like you may well have found yourself inside of one.

The BBC are currently enjoying their ‘It’s a Mad World Season’, through documentaries based around the topic of mental illness; something that still suffers from a real lack of awareness and understanding in the population at large, and beyond. The BBC are hoping to bring attention to this subject, its sufferers and to try and reduce the stigmatism attached to both. Even though there is still a real problem with awareness and understanding of mental health issues and illnesses, things have come a long way from how they used to be.

As an example of this, I recently stumbled upon a genuine list of reasons for admission to an asylum during the 1800s. The asylum in question was Trans-Allegheny Lunatic Asylum, located at the city of Weston in West Virginia, which was built during the latter half of the 1800s and opened to patients in 1864. Though the place apparently stands as the largest hand-cut stone masonry building left in North America, it was only built to house 250 people. Something that was entirely ignored by the time it reached its peak in the 1950s with 2,400 patients living there — overcrowded in terrible conditions, already suffering with mental illnesses. Even in recently history, things have been far from good in regards to understanding and treatment of the mentally ill.

This lack of understanding even went as far what was actually deemed as mental illness too; as can be seen from the following list of genuine reasons for admission to the Trans-Allegheny Lunatic Asylum between 1864 and 1889. So, for all you normals and sanies out there reading this, be grateful you’re about now and considered to have a clean slate of sanity as I have a feeling you may well be able to tick off more than a few of these.  I know I can, for sure, and I’m batshit by today’s standards but I’d have been fucked back then. See how well you fare… 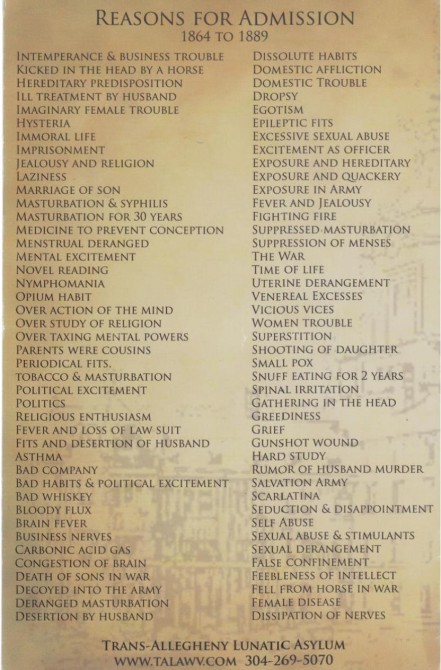 â˜› Next For Your Reading Pleasure :

Man Sues Apple For Smut Addiction That Cost Him His Family