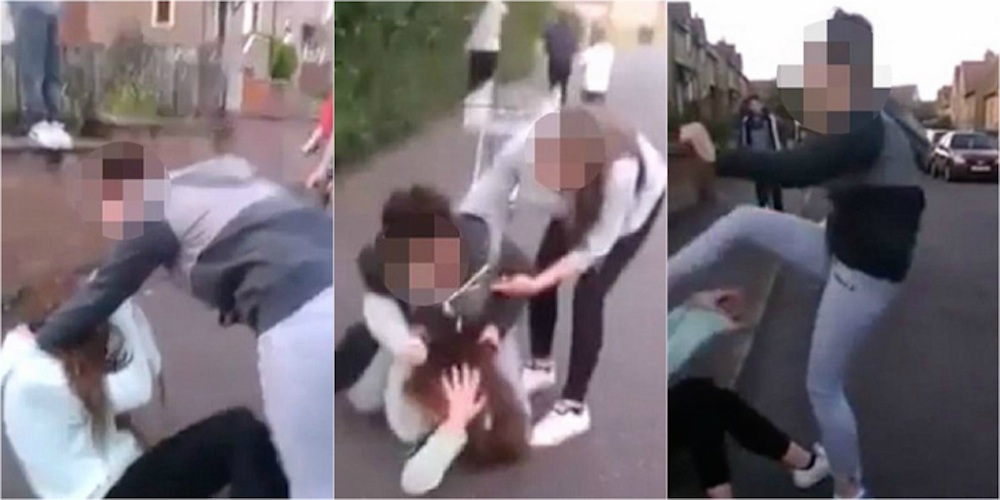 This is actually really upsetting.

This video got uploaded onto Facebook yesterday and has been viewed an amazing four million times already due to its brutal and unrelenting nature.

It’s from the town of Cowdenbeath in Fife, and features a 15 year old female bully beating the absolute crap out of a 13 year old girl. And by beating the absolute crap out of her, I mean she shows her absolutely no mercy, kicking her in the face and dragging her along the floor by her hair in one of the most savage beating we’ve ever featured on the site. It ends with the one girl lying on top of the other one and punching her in the face. Absolutely brutal.

It was so concerning that the police even got involved yesterday and quickly tracked down the 15 year old, who has now been arrested and charged with assault. We can only hope that she goes down and goes down hard – which she almost certainly will thanks to the video of the beating – because she seems like the absolute scum of the Earth from her actions in this video. It’s even more shocking than what these absolute assholes did last year.