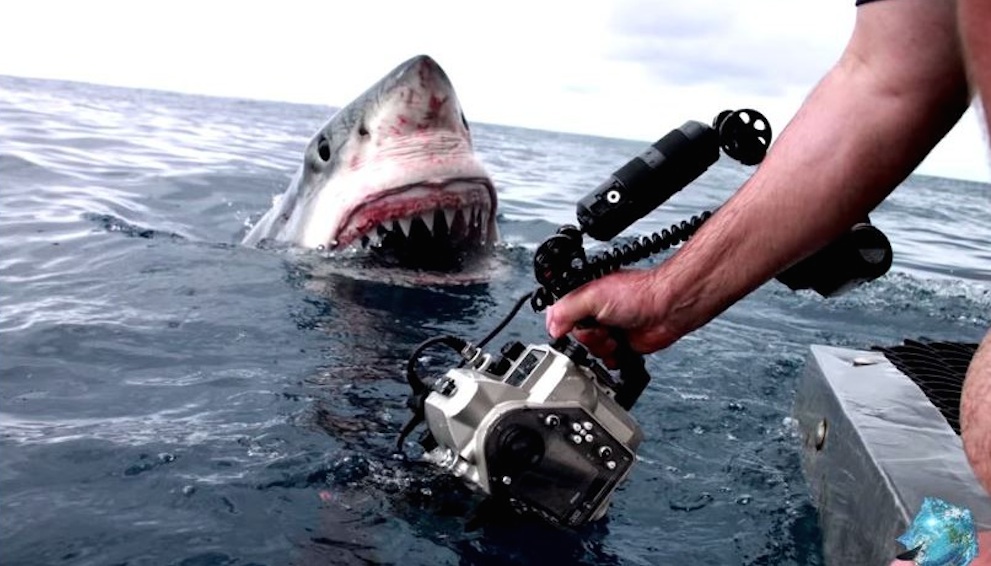 Too close for comfort.

A filmmaker named Dave Riggs was shooting with his production company Esperance about 70km off the coast of Port Lincoln in South Australia when a member of his crew was dangling a camera in the water and a humongous great white shark decided to surface just a a metre away like something out of Jaws. Definitely bricking it.

Riggs had the following to say about the incident:

She was around 15 foot long, and wasn’t being aggressive, believe it or not, but certainly looks like it in that image. But that’s how they assess their surroundings.

It really looked like a throwback to the dinosaur era, it was quite incredible to be honest. I think it’s a perfect illustration as to why we need to preserve it; it really is the last living relic of a bygone era.

We’re endeavouring to encourage everyone to appreciate our place in this environment, this isn’t our planet, we need to co-exist.

What would the ocean be without these big beasts? They’re scary and they’re freaky, and there are fatal altercations occasionally, but we have to learn how to live with them.

Right? I don’t really think there’s too much of a question of humans being unable to live with great white sharks – I think both sets mostly keep themselves to themselves right? – but maybe he knows something I don’t. Either way despite what he says this video is absolutely terrifying and not something I ever really want to experience I don’t think, much like when this diver was forced to fight off a shark in a super intense encounter.