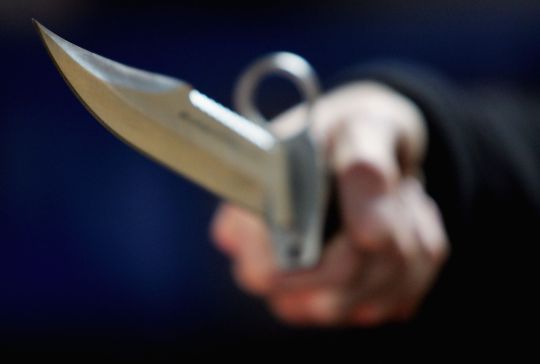 There’s nothing worse than being told by a girl that you really like that they only like you as a friend, but the normal reaction to this is to go and cry in the corner for a bit – not to stab them.

When you’re 14 though love still hurts and you don’t know how to deal with your emotions, so you can maybe sympathise with the actions of one 14 year old boy from Luther, Oklahoma who stabbed his classmate after she told him that she liked him as a friend and nothing more. Treat them mean keep them keen I guess. 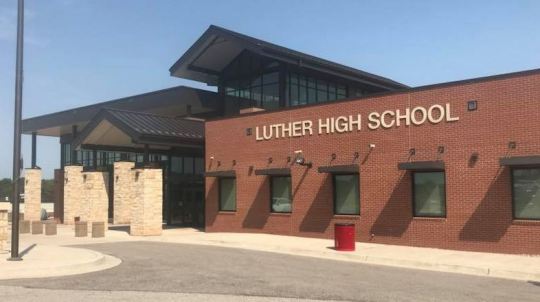 There was one point where he approached her in reference… to try to have some type of relationship, to which she said she wasn’t interested in it.

She said … she liked him as a friend not anything more and that they remained friends.

He continued to harass her and put notes in her locker but she just wasn’t interested.

Eventually he sat behind her in the school auditorium and stabbed her.

She had no idea that he was holding any type of ill will towards her, so she was totally shocked that he would do this to her.

There was absolutely no bullying involved.

OK thanks for clearing that up Randall – why mention bullying when nobody is saying there was any involved? Weird.

Anyway, the girl was airlifted to hospital but was later released as her wounds were not serious. The kid is being held in Oklahoma County Juveline Detention Center on $50,000 bond on suspicion of assault and battery with a dangerous weapon.

Now, thinking about that old playground mentality of when you punch a girl on the arm you really like and end up dating, does anyone think these two will probably end up getting married by the time they’re 21? Calling it now.

For more stabbing, check out this teenager getting repeatedly stabbed during a fight in East London. Grim.