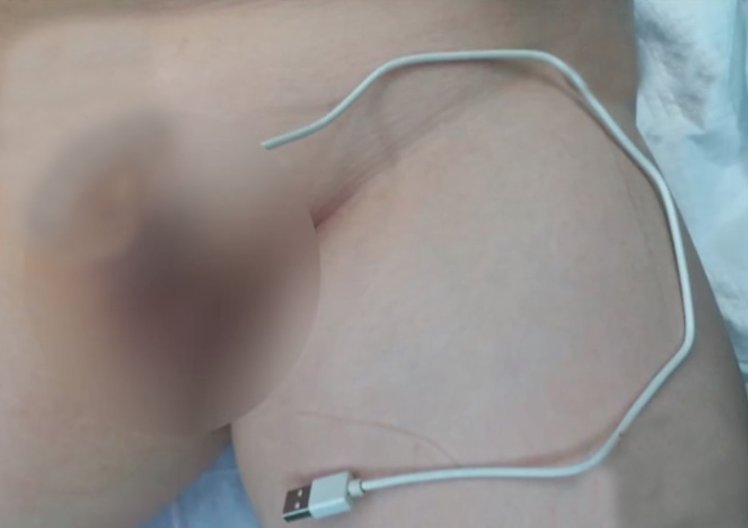 He’s been described as ‘curious’.

Puberty is a weird time for every guy as you’re slowly figuring out how your dick works and why you’ve suddenly started lusting over Gemma in your art class whereas before you absolutely hated her and couldn’t stand her.

It’s a time for experimentation and you might try out some weird things, but I’m fairly certain that one of those won’t be shoving a USB cable so far up your dick that it gets stuck there permanently. Strangely enough though, somebody actually did this over in China and it sounds like the results were catastrophic.

The 13 year old boy from Linkou in China’s north-eastern Heilongjiang province said that he was curious about his dick and wanted to learn more about it which was why he decided to shove the USB cable up there. Like I said, it’s a weird time for everyone.

Anyway, somehow the cable managed to get stuck when it went about 20 cm up his urethra and the kid was forced to go to hospital to try and sort it out. The doctors tried to slip it out with some lubrication to begin with, but this didn’t work and left the kid in extreme pain so they decided that they would have to operate on him to remove it. Ouch. 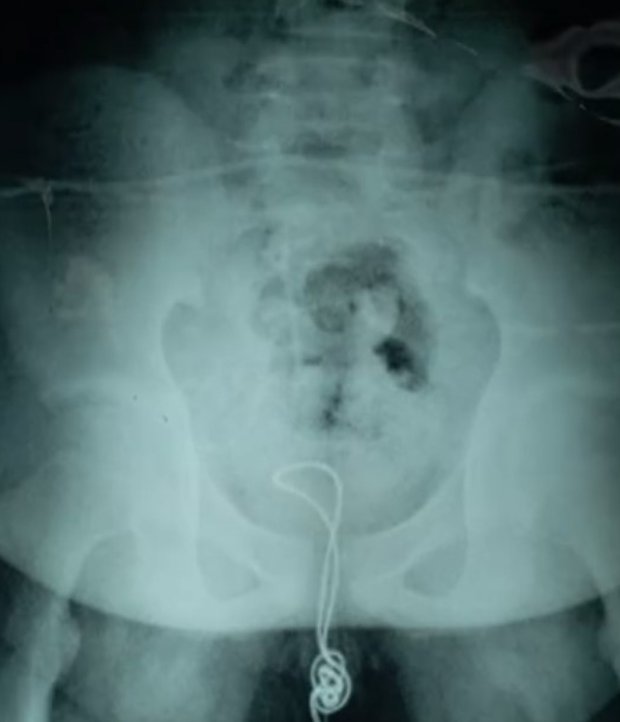 Doctor Xu Liyan said the following about the incident:

He cut off one end of the cable and inserted it into his urethra.

The cable reached his bladder, where it tangled and ended up in a knot, so when he tried to pull it back out, it became stuck.

We had no choice but to operate.

The operation proved to be a success and the boy was discharged from hospital after two weeks  of recovery. I bet he has an absolutely horrible scar that he’s going to struggle to explain when he’s hooking up with guys and girls in the future though. Sounds like it was a really painful/embarrassing experience too.

Anyway, if you were thinking about shoving cables up your dick then hopefully this story will discourage you. There’s safer and more rewarding ways to experiment out there, trust me.

For more of the same, check out this guy who got his penis stuck in a weight. Yeowch.