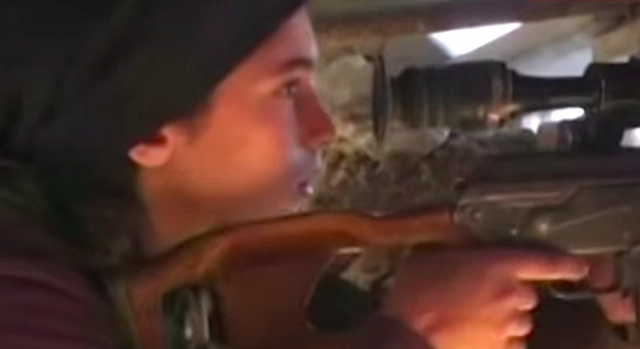 ‘When I killed him, I didn’t feel anything’

Here’s a shocking news report that’s just aired on Lebanese TV about the awful situation that Syria continues to find itself in, and I think this video drives it home more than any other really.

The clip features a 12 year old Syrian sniper – who picked up a rifle and became a soldier for the Syrian opposition after his father was killed in battle – talking about his experiences in the field. For any 12 year old to have his father killed in war is horrible enough, but to have to become a battle hardened veteran sniper afterwards breaks my heart.

Again, I really hope stuff gets sorted out in the region but I can’t see it happening any time soon, especially when 12 year olds are becoming snipers and other snipers are just targeting 12 year olds, as this shocking photograph proves. Place is fucked up.