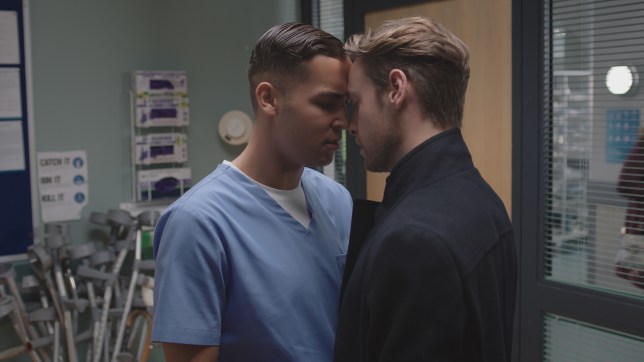 I remember a really long time ago when Byker Grove aired a gay kiss – well it wasn’t even really a gay kiss, it was just one guy kissing another on the cheek – and everyone went absolutely crazy about it, but it turns out that even 30 years later people are still complaining about dumb shit like that.

‘Casualty’ is apparently still a staple of BBC Saturday night programming and over the weekend two of the characters involved in the show these days decided to share a kiss on screen as Marty explored  his relationship with his new boyfriend. Despite the fact that Philip Schofield had come out as homosexual not 48 hours before and was widely applauded, 111 people still felt the need to write in to complain about the fact the kiss was shown on primtime television.

If you wanna see what got everyone’s knickers in a twist then click on the video below to have a look:

I mean really? That’s like the least graphic and sexy gay kiss ever and it barely lasts a couple of seconds – I can’t really believe that people would be so offended by that they would write into the BBC to complain about it, but it’s happened and it seems like we’ve still got some way to go before homosexuality is roundly accepted in this country. Depressing.

For more of the same, check out this woman’s brain exploding when she realises the candidate that she voted for is gay. Lol (but also sad).