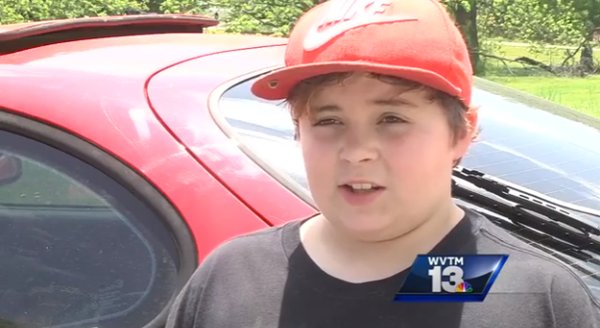 I would never mess with this kid.

11-year-old Chris Gaither was home alone last Wednesday when an armed man broke into his family’s home in Talladega over in the States.

Home-schooled Chris heard the man break in and asked him to leave four times.

The man refused, and here’s how that turned out for him:

Who needs home security when you’ve got a kid like Chris hanging about the house? He’ll probably protect your house and all for a bit of pocket money. Not only did he shoot that burglar like it was the most casual thing in the world, he’s also talking shit about him during a TV interview! Saying he cried like a little baby. That’s the type of ruthlessness you want from an 11-year-old protecting your house. I would absolutely not mess with this kid under any circumstances whatsoever.

To read about the man who battered an intruder he found in his daughter’s bedroom at 3AM, click HERE.