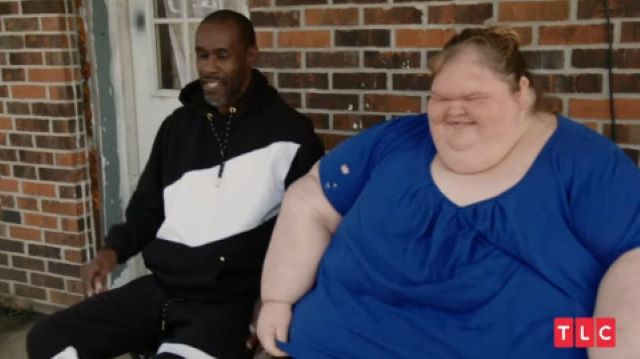 Move over No Neck Ed & Rose, there’s a new power couple in town.

There’s something about freakshow couples that the world cannot get enough of, as evidenced by the ’90 Day Fiance’ obsession last year.

In the latest clip doing the rounds, Tammy decides to very dramatically come out as pansexual. Reckon Jerry has any idea what that means? Of course not:

Sexually attracted to food from a pan? Nope – just attracted to anyone and everything. Although, not to be mean or anything, but does she really have much of a choice? I would take what I could get if I was 1000lb and barely mobile too.

What I can’t wrap my head around though is how exactly these two are having sex? Can’t be the only one wondering that, surely? With all those folds and flaps I bet they’re pulling off moves and positions the rest of us could only ever imagine in our wildest dreams. Reckon he rolls her around in flour and then shags the wet patch? I don’t know, possibly?