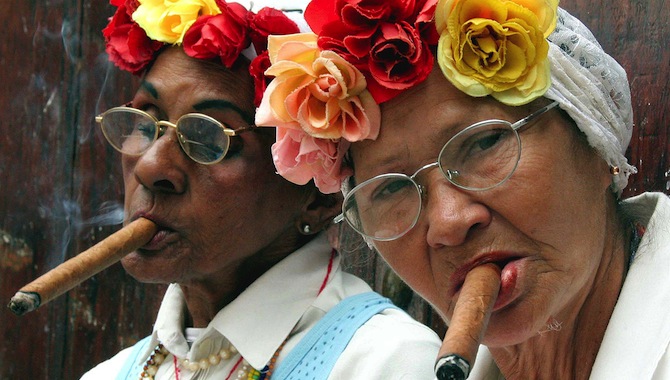 By the age of 100 you would hope that you’d know what you wanted from life. This old lady certainly does. She wants a whole bunch of dicks.

Yeah you read that correctly.

So this reporter has obviously been sent by a local TV station to do a short interview with a lovely little old lady who has just turned 100. He must have thought it would be the easiest job in the world. Maybe talk to her about her cats or her grandchildren – you know, the stuff little old ladies like to talk about.

The trouble is, this little old lady doesn’t give a shit about this reporter’s interview. Straight from the word go you know she isn’t interested in answering his brainless little old lady questions. Nah. She’s only got one thing on her mind – a whole bunch of dicks.

That reporter doesn’t know what’s hit him. No matter what he asks, or how nicely her daughter tries to intervene, she isn’t going to let the conversation move away from the D. Fair play to her though. Getting to 100 must be pretty shit in quite a few ways. You would be losing teeth left right and centre, you would have arthritis to deal with, and your hearing and eyesight would be going to shit. Worst of all it must be a nightmare getting laid.

Unless you were willing to pay for sex, you would have to find someone of a similar age. Preferably someone vaguely attractive, but then after about 80 years of age everyone looks pretty similar. Then you would have to go through the motions. “Alright darlin’, do you fancy coming back to mine for some hot coco?”

The act itself comes with all the dangers associated with exertion and dodgy hearts. So fair play little old dick lady. Fair play.

The world needs more honesty like this. And this old lady deserves a stripper as a belated birthday present.

All of us here at Sick Chirpse would like to take this opportunity to salute this woman.

She is truly an inspiration to us all.

â˜› Read Next: Katie Hopkins — The Most Repugnant Woman You’ll Ever Witness