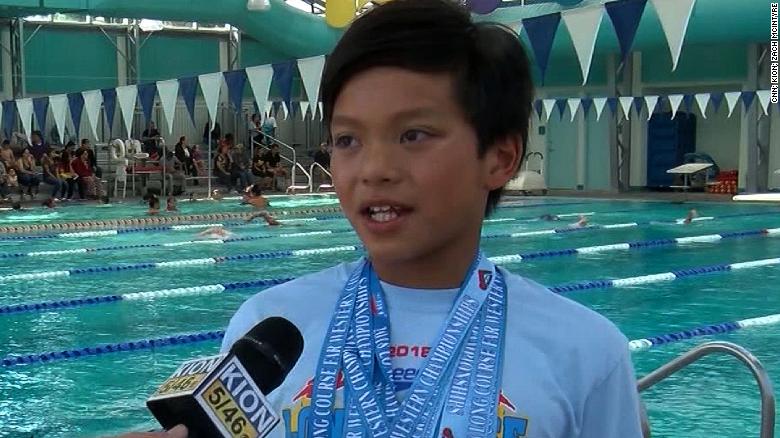 I always find it ridiculous when a parent gives a kid the same name as someone famous or a character from a TV show or something because it’s just setting them up for a lifetime of bullying and expectations they can’t live up to, but there might be hope yet in the story of this little kid called Clark Kent.

Clark has indeed lived up to his billing of being Superman in disguise as he managed to smash a world record that had been held for 23 years by none other than Michael Phelps, the greatest Olympian of all time. He was racing in the Far West Intercontinental Championships and managed to swim the 100m butterfly in 1:09:38, improving on Phelps’ time of 1:10:48. That’s over a whole second faster, which is a pretty big deal in swimming you know?

Clark himself had this to say about his achievement:

Most people just call me Clark, but now, when I beat Michael Phelps’ record, they start calling me Superman.

I thought to myself yeah if I had positive thoughts, positive things would happen.

The other kids have started calling me Superman since I broke the record.

I deal with it really well, I just have to balance.

Dream big, and always focus on your dreams and have fun.

I mean wow, those are pretty inspirational words from someone so young who has already broken a world record. Kinda makes me wish I did a bit more with my life right now, you know? Probably makes you do too as well, right?