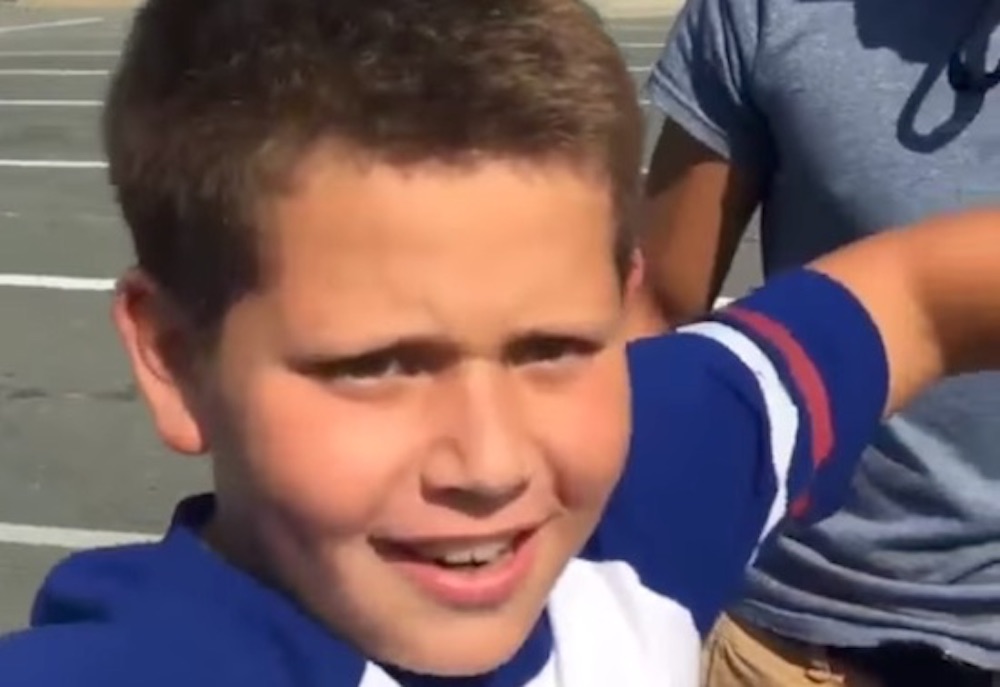 They grow up fast these days.

I’m not sure what I was doing when I was ten years old – probably playing video games or football or something after school. I definitely wasn’t riding around on completely badass motorbikes and popping some of the sickest wheelies of all time though.

The same can’t be said of this kid, who seems to have been doing them since the day he was born and doesn’t give a shit about it. I mean it’s hard enough to pop a good wheelie when you’re an adult, but he absolutely nails this one like a pro and runs straight into it with the kind of glint in his eye that you only see in a crazy person.

Smokin’. Basically if you know this kid or live anywhere near him, then I would be worried. As soon as he gets to anywhere near 16, pretty much every girl in the state is gonna be all over him because we all know that girls love wild men with no regard for their own safety who are constantly chasing the next adrenaline high. This is that kid.

It’s not quite as crazy as Maniac Dblock’s wheelie from last year though. This kid will definitely top that in the future though.