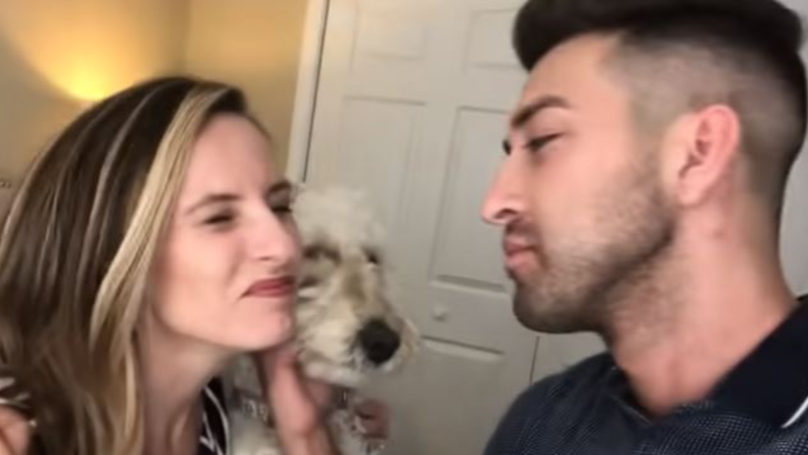 Remember a few months ago when people went absolutely crazy at the YouTuber who filmed himself snogging his sister and rightly so because it was really creepy and weird and gross because they were both bizarrely into it?

Well, it seems like this guy hasn’t really learned any lessons whatsoever because he’s decided to upload a new video here he films himself snogging his mum. No idea how he managed to convince her that this was a good idea, but the evidence is below and it’s a video that’s about as stupid as you can imagine:

I mean there’s so many lame things about that video – firstly he keeps banging on about how he’s filming it on his iPhone and it’s spur of the moment, but the parts where he’s spying on his mum doing the housework are clearly filmed on a much better camera? Did he think nobody would spot that? Weird banter.

Then the cringest parts are a tie for me – it’s either when he says ‘come on mom it’ll go so viral’ or when he loses the pre planned paper rock scissor match the first time. Just can’t get the staff these days hey?

Then obviously the actual kiss is just a peck on the lips so nowhere near as weird as when he full on tongued his sister, but it would be weird to full on make out with your mum wouldn’t it? To be fair just as weird as full on making out with your sister, but hey that doesn’t seem to stop this guy so I guess I’m kinda disappointed with this. No way is it going to go as viral as his last video.

Still the biggest question I have about all this is how exactly is it a prank? Who is getting pranked? The audience for watching this crap?

For more of the same, check out his original kissing sister prank here. Still don’t get it.