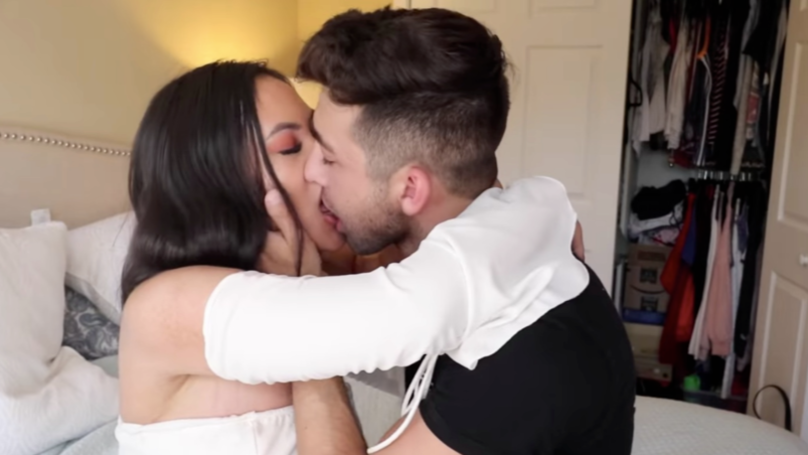 Remember that really weird ‘prank’ video the other day when a weird YouTuber snogged his sister and they really went at it and it was all kinds of gross?

Instead though Chris Monroe has come out and done the exact opposite by revealing that the girl is in fact his half sister. He said the following to Fabulous Digital:

She is my real half-sister. So, true she is not fully my blood but she is half and that is a fact.

Weird. I’m still kinda confused as to just where the ‘prank’ part of the video is because it really isn’t like they’re playing a trick on anyone? It’s just kinda really gross and weird and creepy. Not even funny to be honest, although I suppose you have got to give it to him because it’s had about 3 million views at the time of writing which isn’t bad going at all.

I guess everyone thinks that he fancies his sister and makes out with her which is probably less than ideal for him. Maybe he doesn’t care with all those views though hey? Looks like really enjoyed it too when he was doing it. Sicko.

For more of the same, check out the Atherstone Ball Game. Inbreeding at its finest.