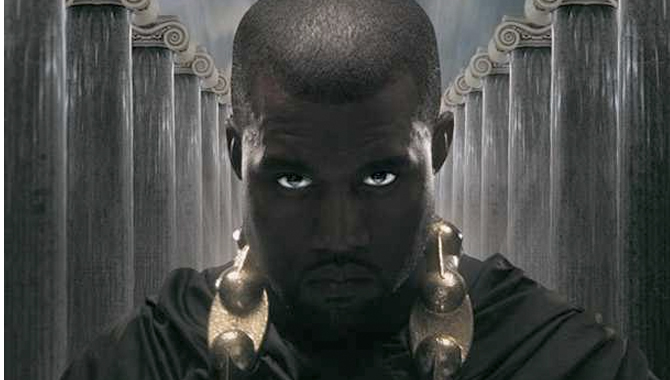 Dressing like Kanye West in a real person’s salary.

So this reign of Kanye doesn’t seem to be coming to an end anytime soon so we might as well give up and give him what he wants… to emulate him and buy everything he buys, wear everything he wears, eat everything he eats, and say everything he says… actually no… we’re not allowed to talk actually.

Well, one thing that fascinates us about Kanye is the amount of dough he’s spends on his wardrobe.  Check out this outfit for example:

The pants are black zip pocket denim from Balmain which can retail for around $1,200.

The light-wash denim shirt Kanye’s wearing is also from Balmain and retails for just above $1,000.

Not including accessories, the grand total of dressing like Kanye could potentially cost you; $95,200.

Almost $100,000 for ONE OUTFIT you say? Ain’t nobody got time for that. Luckily though you can rock out something pretty similar on a normal person’s salary.

For the shoes, unless you were able to somehow find these shoes for retail price, which you won’t, you’re gonna want to check out NikeiD to pick up a pair of Nike Roshe Runs in the same colorway;

This should only set you back about $110.

As for the denim, you can check out Uniqlo’s slim fit denim which only costs $50.

Now for the shirt; a quick eBay search came up with this shirt that looks very close to Kanye’s $1,000 shirt, and can be purchased for a fraction of the cost!

Job done. Kanye would be proud.