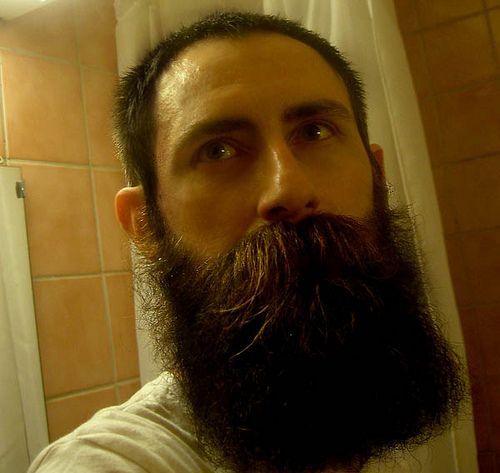 This dude Corey Fauver decided to grow out his beard every day for a year, then made this pretty rad video of it of him walking around his college campus (which I think is Carleton college in Minnesota) as the beard grows.

Here’s what Corey had to say about it: “As a part of a bet I grew my beard for a year and 6 weeks and took roughly one photo every day (sometimes more and sometimes I forgot).”

He gets a crazy hairstyle and even dyes the beard later on! He put Yesayer as the soundtrack though, which isn’t really that cool.

Although there are a bunch of beard time lapse videos out there on the internet, this is definitely one of the best as he puts a really creative slant on it with the whole walking around his campus thing. Check it out: