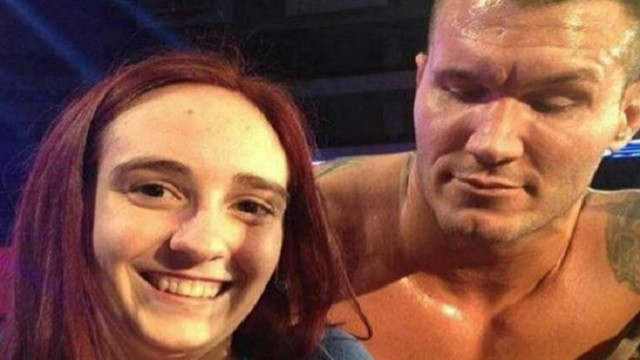 Randy Orton is a big name in the WWE world. He’s famous for many things, one of them being RKOing, and the other being not giving a fuck.

Recently he was spotted not giving a fuck all over a fan’s joke-sized breasts. The WWE wrestler got spotted straight up staring at a woman’s cleavage while she was taking a selfie with him:

This is why @RandyOrton is a total legend. Gives zero fucks. pic.twitter.com/ekPmc5yP4V

John Cena is staring too, you just can't see him.

He was getting a right good look in despite knowing full well that there was a camera pointed at his face. Zero. Fucks. Given.

For more on why Randy Orton is the absolute don, click HERE.