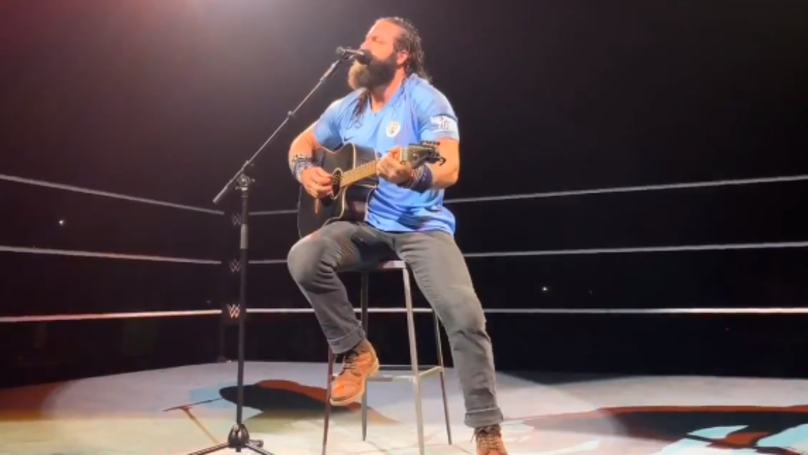 Everyone who knows anything about wrestling knows that it’s all about getting over and getting a reaction from the fans, and there’s no better way to pick up some cheap heat than to wear the football shit of the rivals of the city where you’re performing.

This is exactly what WWE wrestler Elias managed to do last night when the promotion rocked into Liverpool. Obviously Manchester City had just won the title on the final day of the season, denying Liverpool from their first ever Premier League title and Elias wasted no time in trolling the crowd with this fact.

He ran into the pitch wearing a Man City shirt, dissed Liverpool fans for being losers and then sang The Beatles ‘Yesterday’ to the crowd with slightly reworked lyrics. The boos were literally deafening:

Note to self @iameliaswwe: In the home of The Beatles, you probably shouldn’t rewrite the lyrics to their hit song “Yesterday” or wear a certain team’s jersey! #WWELiverpool pic.twitter.com/ETsseTZkQ4

Lol. That’s obviously a really easy way to get a reaction out of the crowd, but you’ve gotta give Elias props for how masterfully he executed his plan. I haven’t watched wrestling seriously for a while so I’ve got no idea who he is, but I think I’ll be remembering the name for a long time to come now.

For more of the same, check out this guy who might be the biggest troll of all time. Seriously.