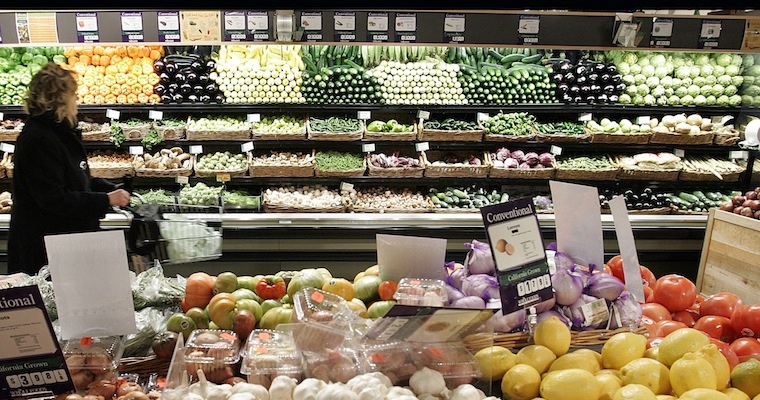 This video of a wrestling match in a supermarket has probably already done the round of all you wrestling geeks, but for all of us who aren’t really into the fake sport of wrestling it no doubt slipped through the net of must watch internet videos.

This video of a wrestling match in a supermarket has probably already done the round of all you wrestling geeks, but for all of us who aren’t really into the fake sport of wrestling it no doubt slipped through the net of must watch internet videos.

We all know TimW_Brap’s a massive, massive wrestling fan. He still goes to the shows when they’re in town and  always makes Sick Chirpse signs with his buddy Gordo, so I’m surprised this hasn’t already been posted on Sick Chirpse.

Now this wrestling match is set in a supermarket – which is brilliant to begin with. I mean, how often do you get the urge to run your arm down the aisle of glass sauce jars and just smash them all over the shop? Or how often do you feel like ramming your trolly full speed into the wine section? I have to control these urges pretty much every time I visit Tesco. So imagine the fun you would have if you were involved in a wrestling match in Tesco? Where you could just smash the shit out of anything you wanted, Mega cool.

This fight is between Booker T and Steve Austen. Now I’m going to be honest, I don’t have a clue who Booker T is, but he seems pretty tough. I obviously know who Stone Cold Steve Austen is (“STUNNER!”) because he’s like the most famous person in wrestling, apart from mayme The Rock or Hulk Hogan. The beef starts with Booker T casually opening up a box of cereal in the supermarket and munching his way through the pack (obviously stoned), when he hears over the tannoy something about cans of whoop ass on isle K – UH OH! This obviously means that Steve Austen’s in town, and these two obviously have beef because Booker T starts to look all shook up and starts shifting down the aisle Splinter Cell style. When he gets to the end he sees some bald guy and starts to attack him, thinking it’s Steve Austen. Turns out it’s not, and Steve Austen’s actually about to jump Booker T. All hell breaks loose and Steve Austen serves up a load of condiments all over Booker T’s ass (mega gay), then beats the shit out of him and scans him through the checkout – PURE GOLD! I absolutely love this shit. Hopefully TimW_Brap will invite me to the next wrestling show he goes to. Check the video out: