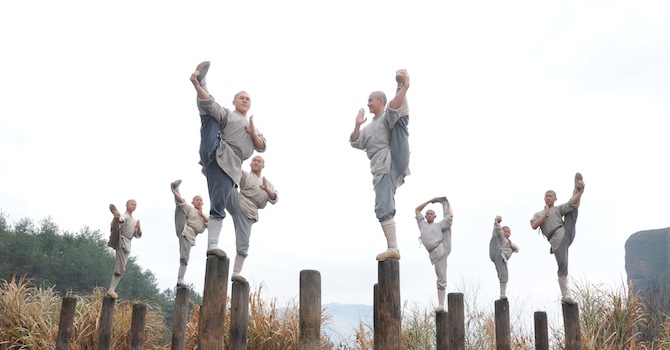 There are bad films made all the time, but the extent to which this film sucks is unparalleled. It’s a complete joke and is without a doubt the worst kung fu film we’ve ever seen.

I’ve seen some awful films in my time, but none have been as shockingly terrible as ‘Golden Ninja Warrior’. Directed by a guy called Joseph Lai — who made a few other shitty ninja flicks in the 80s — the film’s tagline is ‘ancient ninja skills… modern ninja supremacy’. Lai’s 1986 work has secured him one of the worst IMDb scores I’ve ever seen – a woefully embarrassing 2.5/10. And that’s actually quite generous to be honest. Seriously, ‘Golden Ninja Warrior’ f**king sucks.

Despite my clear lack of respect for ‘Golden Ninja Warrior’ I can’t help but confess that I found, and continue to find it very entertaining. It’s one of those films that are so bad that they become good. Poor old Lai set out to create a kick ass kung fu film, but ended up with a brilliant piece of comedy. Anyway, that’s enough of me harping on about the film, check out the trailer for yourself… oh, and if it tickles your fancy you’ll be able to purchase the DVD from your nearest Poundland.