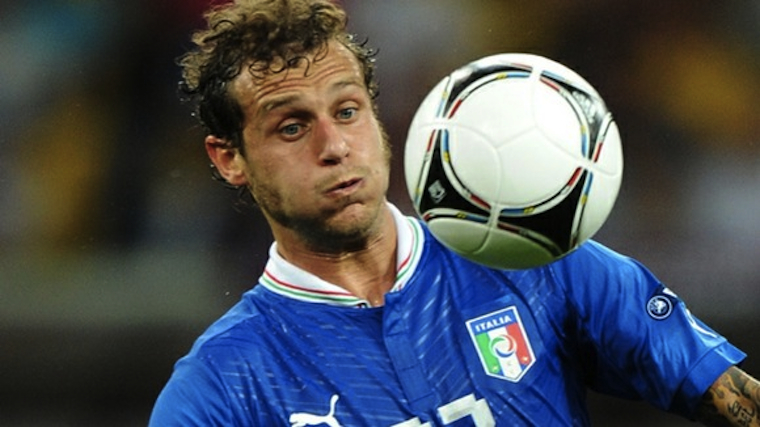 There are surely a lot of contenders for the worst corner kick ever, but this effort from Alessandro Diamanti really needs to be seen to be believed.

You might remember Alessandro Diamanti as an OK-ish player who played for West Ham a few seasons ago. Or you might remember him as the prick who scored the winning penalty against England in Euro 2012. What a jerk off. Or you might not know who he is at all. That won’t lessen your enjoyment of this clip though because it’s superbly hilarious.

Apparently Diamanti play for Bologna, which is kind of surprising because he plays for the national team – you would expect him to play for one of the big Italian clubs like Milan or Juventus or something surely? I guess he’s the Italian equivalent of somebody like Andy Carroll or Leighton Baines. But anyway, that doesn’t really matter. Last weekend Bologna were playing Cagliari in Serie A and Bologna got awarded a corner. Step up Alessandro Diamanti. Normally this guy has a pretty good delivery from dead ball situations – I remember him scoring a couple of free kicks for West Ham, so much so I think he even made it into my fantasy football team for a bit. I think he got sent off though on his first appearance so I had to transfer him out.

Anyway, he got up to take the corner and it really is the worst corner I’ve ever seen. Normally when somebody says that they just hit it into the side netting or scuff it along the ground or something, but this is a whole new level of awfulness, seriously. I don’t even know what he was trying to do and how he could kick it like that by accident. Words honestly escape me. I just wish he could have taken that penalty against England like this.