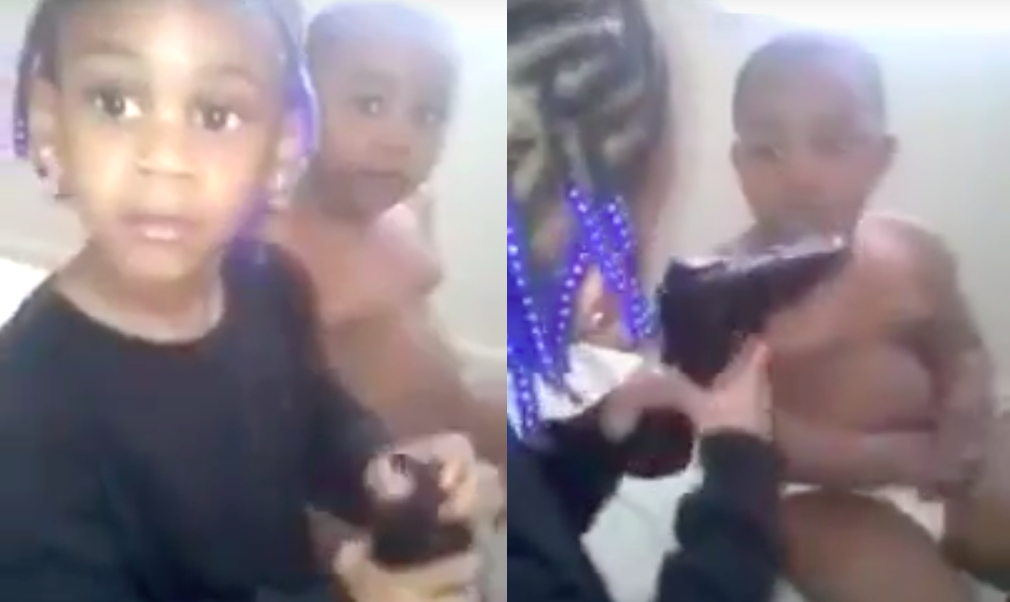 There’s not any information on the video below, but you only really need to know one thing, and that’s the fact that the guy who filmed this video is the worst dad in the world.

The footage shows a young boy playing with a gun while his baby brother sits beside him and his dad films. The kid even says, “I’m trying to shoot you,” at the end. Awful:

He’s so lucky that nothing worse happened. What an absolute prick to advocate gun violence and at such a young age. That kid is going to grow up thinking it’s perfectly normal to own and use guns.

Unfortunately that’s the way things go in many parts of the world, which is why incidents like this keep happening.