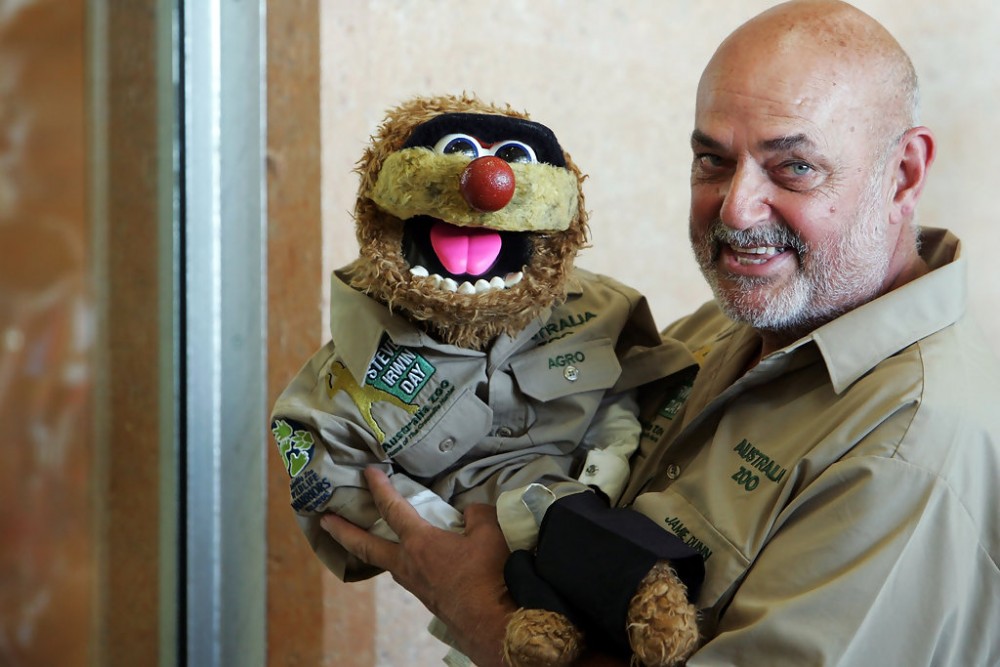 Although Kermit the Frog and Miss Piggy have always been international staples of puppet comedy, they’ve never quite had that edge that really gets us laughing. Despite the fact it’s not easy being green, Kermit always manages to keep himself above board and totally politically correct.

Queue Australian purveyor of utterly despicable toilet humour, Agro the puppet. Decidedly un-PC and totally without any sense of shame, but with a surprising level of self-awareness, Agro grew to fame on Australian children’s television in the late 80s. Voiced by comedian Jamie Dunn, Agro retained a modicum of respectability during recorded shows aimed at children, but his outtake videos and features in adult television were altogether more explicit.

I think it’s prudent to remind the reader that the program Agro features in here was bona fide children’s television, although obviously these outtakes weren’t aired to be seen by them. With that being said I feel so sorry for his colleagues, you can see their vain attempts to keep their child-friendly smiles on while Agro makes jokes about throbbing black penises.

Now I know things were different in the 80’s but how the fuck did this guy get away with this? His jokes are so unbelievably sexist and racist it makes you wonder who employed the man. Although a lot of this stuff is funny purely for how outrageously inappropriate it is, the way he treats his female hosts is pretty creepy.

There literally isn’t a single demographic this guy doesn’t cover, he lights up women, black people and even the mentally disabled. No wonder he isn’t around today then…