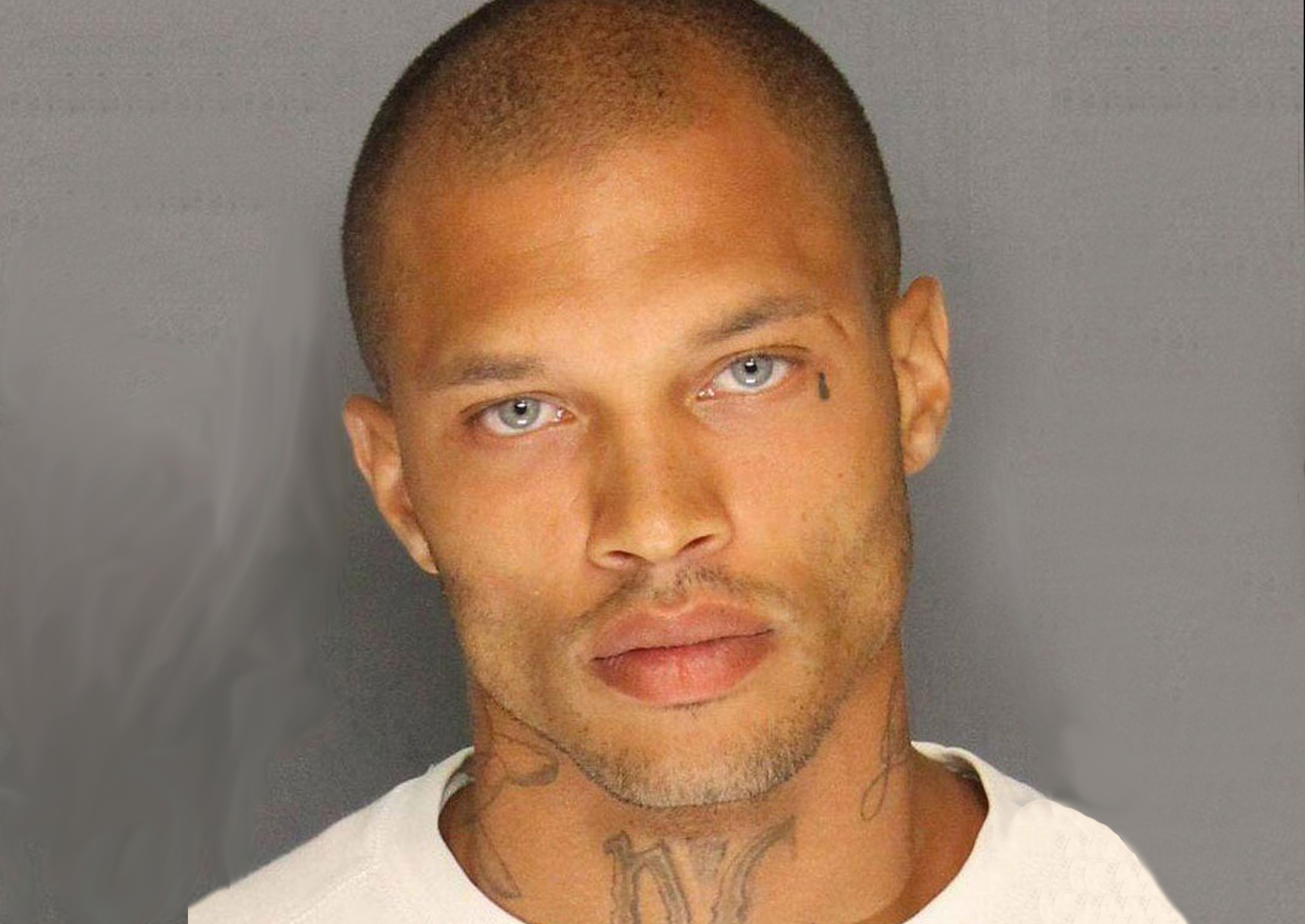 Getting out of jail doesn’t mean you’re free.

Jeremy Meeks exploded into the public consciousness back in 2014 when his mugshot went viral because of his ridiculously good looks.

Following his release from prison, Jeremy turned his life around after he was offered a modelling contract, but it seems not everyone is willing to forgive him for his past mistakes. In particular, the British border patrol.

Jeremy was scheduled to attend a party in London to celebrate appearing on the cover of the new issue of Man About Town and to take part in a few shoots, but when he arrived at the border with his wife Melissa and manager Jim Jordan, he was denied entry into the country. Meeks was then detained and sent back to America on an American Airlines flight.

Here’s a video of him walking around the airport and seeming pretty upset that he can’t actually get into the country:

Can’t say I blame the guy really – he has done his time and so he should really be allowed to travel freely as I’m pretty certain he hasn’t performed any criminal activity since he was released from jail. Jordan is insisting that all his paperwork was in order too:

Jeremy had a work visa and a letter from his parole officer.

We approached customers together, they stamped his passport but after looking at his documents they pulled him aside.

Me and Melissa waited for five hours in a restaurant only to be told that he was getting deported.

Jeremy was on the right track for what we feel was going to be his new life.

Now he’s very sad. Hopefully this is just a setback and he will be able to come back from this.

I’ve contacted the US embassy for their support.

It probably won’t even make much difference if Meeks can get into the country some other time – his shoots will have been cancelled and he probably doesn’t even want to come here anymore because he’s been treated so badly. But I suppose at least they’re trying. Doubt this one is going to have a happy ending though.

For more Jeremy Meeks, check out last year when he posted a picture with his son. The internet literally exploded.