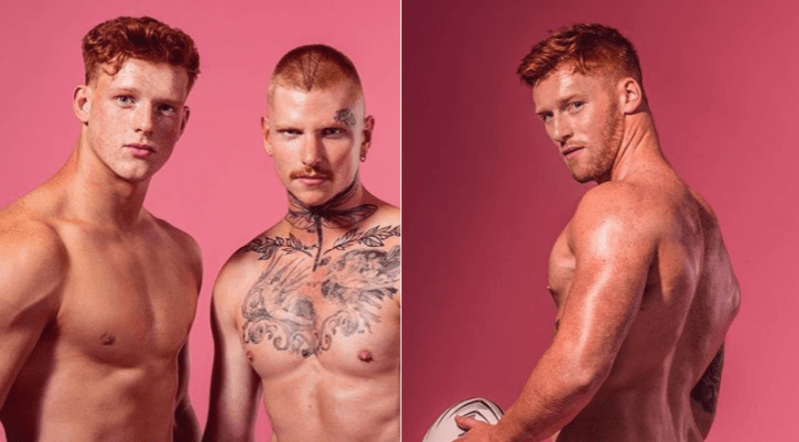 Gingers as a minority often get a lot of stick for no real reason other than the fact that they’re ginger, but it looks like there’s some kind of movement to kerb these ideas as not only have Red Hot been releasing calendars of hot ginger men for the last couple years, but now they’re having a party celebrating them.

The event is going down in Soho, London at the L’Escagot members club on October 25 and has been described as ‘an American style house party full of the sexiest ginger men on the planet in a hazy maze of secret rooms, superstar DJ’s, peep shows and famous faces.’ There are only a limited amount of tickets available to the public but there is also an option to upgrade to a VIP ticket for just £200 that includes dinner at the nearby L’Escargot restaurant described as the following:

VIP tickets include: 1 x Dinner (6:30-8:30PM) with red hot models, notable guests & celebrities. Spend more time getting to know photographer Thomas Knights and the models. Full access to the party including exclusive use of the VIP lounge. One guest allowed from 9pm

I mean I suppose it sounds alrite if you’re into ginger men and partying and have a load of money to spare – it’s not exactly cheap as regular tickets are £20 anyway. If you’re not into that – like most of the world I presume – then you can just do whatever you were planning on doing next week and none of us will be any the wiser.

One thing that does pique my interest is just what ‘celebrities’ are going to be attending this function. Ed Sheeran? Chris Evans? Rupert Grint? Seth Green? Would actually be fascinating to see which of the ginger brethren out there actually showed up to represent at something as ridiculous as a ‘ginger party’. Guess I’ll have to wait for the photographs.

For more gingers, check out this study that says that gingers are actually dumber than blondes. Crazy huh?