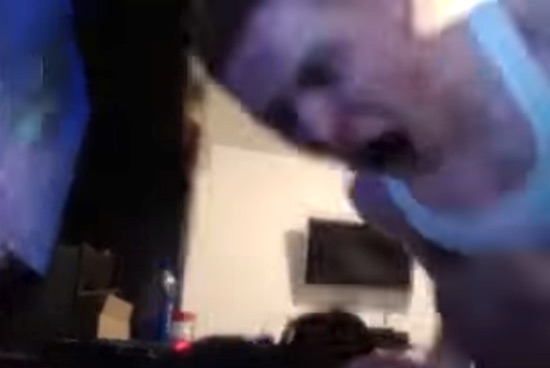 I’ve heard about the stereotypical World Of Warcraft players that literally sit in their basement/bedroom all day playing it and never coming up for air, but I don’t think I’ve ever encountered one in real life. I mean how would I? They never leave the house.

Anyway, this video proves that they do actually exist and aren’t just mythical creatures. It involves a World Of Warcraft player sitting in his bedroom when his mom bursts in as she’s finally had enough of him living off her hard work and slouching around playing video games all day, so she’s decided to serve him an eviction notice and kick him the hell out of that house.

Needless to say, he doesn’t take it very well:

Geez, I almost had to turn that off halfway through because it was so painful to watch. Guy is such an entitled little brat and his freak outs seem like they’re almost staged in their level of cringe.

It’s just embarrassing for everyone involved really – I can’t actually believe that he knowingly filmed it and let his mates in World Of Warcraft hear him act like that. Although I suppose if that South Park episode is to believe then every single person involved with the game is probably like that. I wouldn’t be surprised.