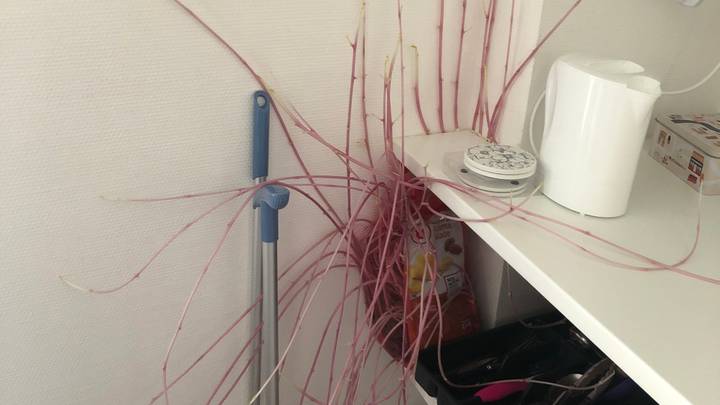 Ever left a potato out in your pantry for a while and not eaten it and seen all those weird ass shoots grow out of it? Well, now imagine what happened if you left your potatoes on their own throughout the whole of lockdown.

This is exactly what happened to 22 year old Donna Poree from Caen, who decided to quarantine with her boyfriend during the lockdown period, meaning that the bag of potatoes that she had just bought was left to gestate in her flat for three months unattended. When she eventually returned, it literally looked like something from ‘Day Of The Triffids’ or ‘Invasion Of The Body Snatchers’. 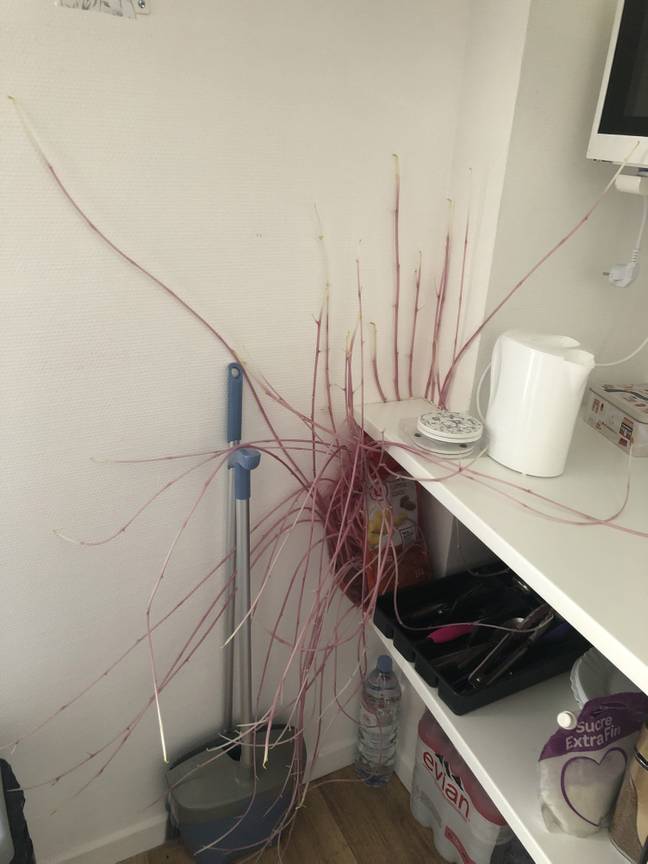 As I opened the front door, I noticed a strange shape at the back of the kitchen.

As the light was off and shutters down, I didn’t realise it was the potatoes. It was only after opening the shutters that I took note of this extraordinary sight.

I was terrified at first, but after realising what it was I laughed a lot and shared a video of the plant on Snapchat.

I wanted to extract the bag of potatoes from the counter-top seals, but it wasn’t easy.

The shoots had fixed in place in the joints and were difficult to remove. I ended up having to cut some of the shoots out with scissors and I had to fill in the holes they made.

I replanted the potatoes in my vegetable patch and today they’re growing once again.

I’m eager to see what will come out of the ground.

Fair play to her for replanting them I suppose – I think I would be a little grossed out about them. I guess it’s better than eating them though.

Gotta admit it would be real creepy to come home to that and then have to spend ages cutting them up because the shoots had fixed in place everywhere. Would be thinking that they would come alive and start strangling me any minute, like an old B movie. Definitely not what you want to come home to after a global pandemic. Your mind would be whirring.

For more of the same, check out when this guy ruined his relationship by pretending to not know what a potato was. What a knucklehead.