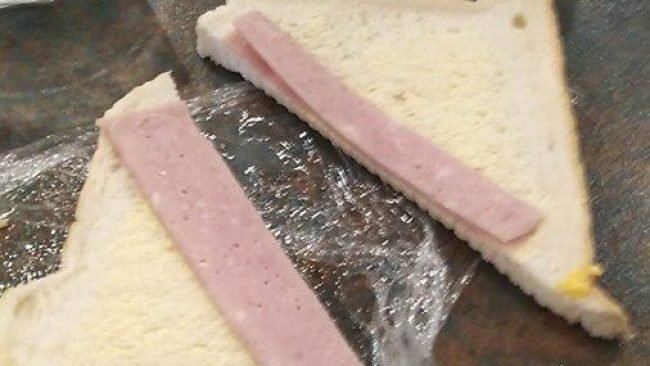 Considering how awful the pre packaged sandwich industry can be sometimes, you’re really saying something when you identify something as the worst ham sandwich of all time, but I really do think that we’ve hit the jackpot here with this offering from the Papakura Bakery in New Zealand.

The monstrosity was priced at $5 (roughly £3) and literally featured two measly little bits of ham on the edges of the sandwich, presumably positioned there to give it the appearance of a full sandwiched packed with piggy. It also looks as though it came wrapped up in plastic in the kind of way that you would pick up a sandwich for your lunch later, so a lot of people probably didn’t notice until they were some distance from the bakery and unable to complain and get a refund or a replacement. 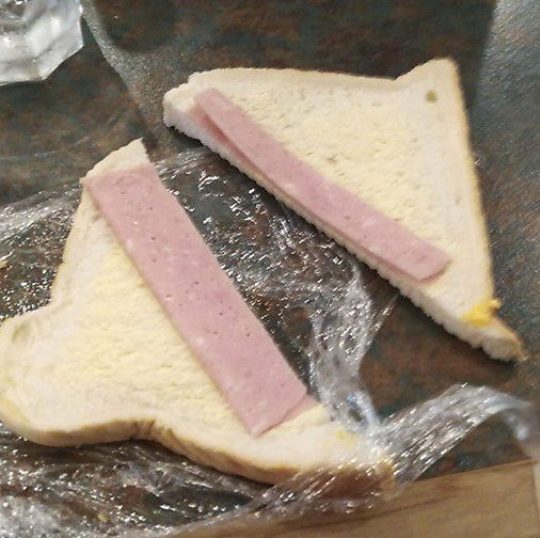 Majorly sneaky. Or is it?

Since the photo was taken, Papakura Bakery have categorically denied that the sandwich came from their bakery and is inviting anyone to come and and check to find their ham sandwiches, which apparently contain ham, cheese and salad. I guess this implies that someone is trying to frame Papakura Bakery for some reason, which sounds like the plotline to an episode of Summer Heights High or something. I know that’s in Australia but you get what I’m saying.

Either way, would love to know what the beef (ham) going down in New Zealand over these sandwiches is all about though. Is someone framing the Papakura Bakery? Or was it a disgruntled employee trying to set them up? Welcome to email me in your theories/answers.

For more of the same, check out people making sandwiches out of peppers now. Is that even worse than this?