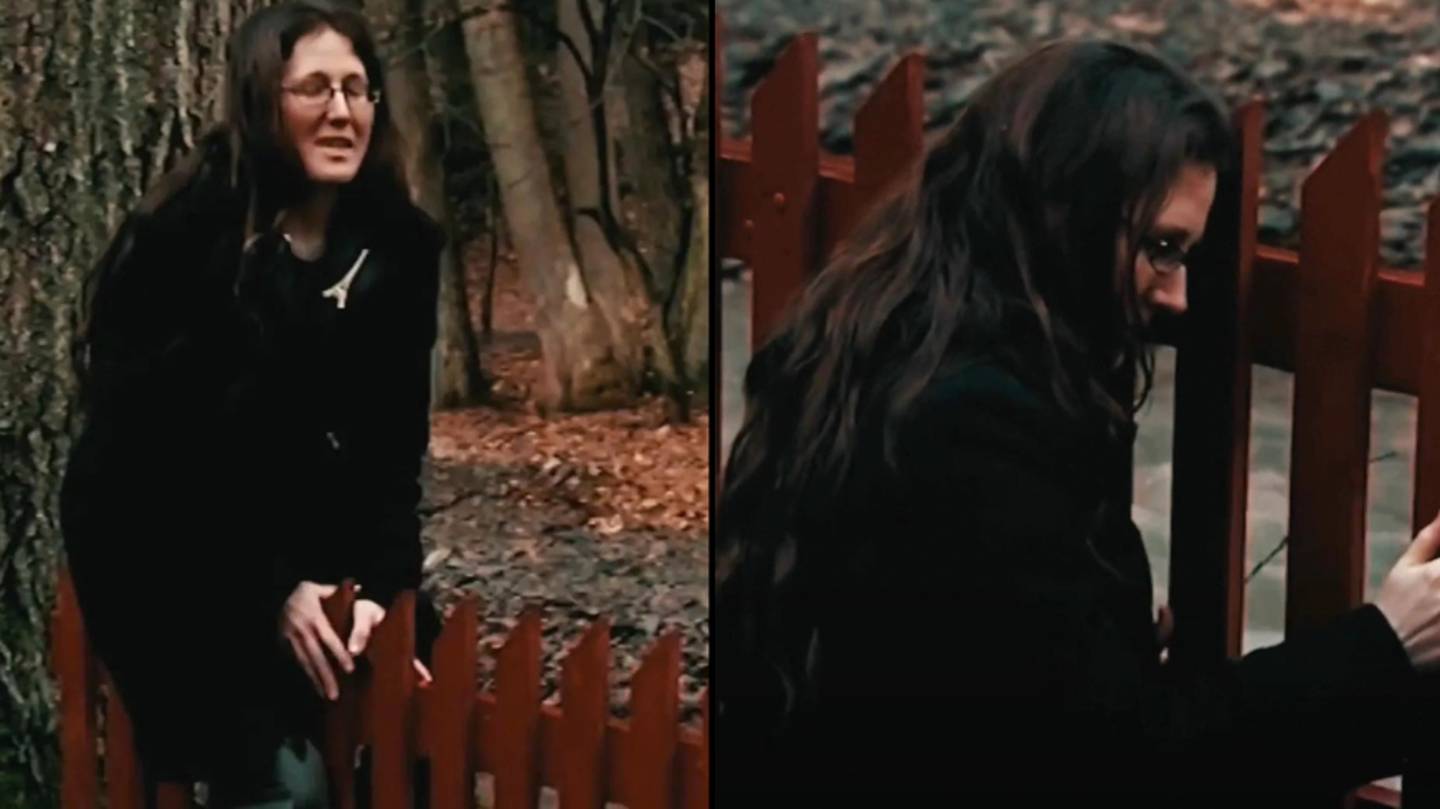 Erika LaBrie has previously been the subject of a documentary about her attraction to inanimate objects and even married the Eiffel Tower back in 2007. I think this clip actually comes from that documentary, but it’s gone viral this week thanks to someone repackaging it on a TikTok. Of course it has.

Anyway take a look at that tomorrow:

I did not expect to find a fence like this here at al.

I mean this is the shape that I like so much. These angles? Fabulous.

Fences are such dangerous objects for me because they are so perfect in their geometry.

I mean, I have to say there is a lot of physical stuff going on right now.

I’m definitely physically attracted to this fence and I would like to get to know this fence better.

Lol what a weirdo. I know I always say this and I suppose it does raise awareness about her condition (objectum sexual apparently) but I still find it so strange that people want to share habits like these because literally everyone is just going to rinse them and think they’re completely messed up. Not sure why anyone would admit to this in the public sphere but I suppose we have to respect her for trying to normalise it? Lol yeah, good one.

Hope that she’s happy though – it certainly sounds like she is. Sounds like she was gonna get intimate with that fence as soon as the video finished to be honest.

For more of the same, check out this woman who’s in a sexual relationship with a model plane. Good for her?