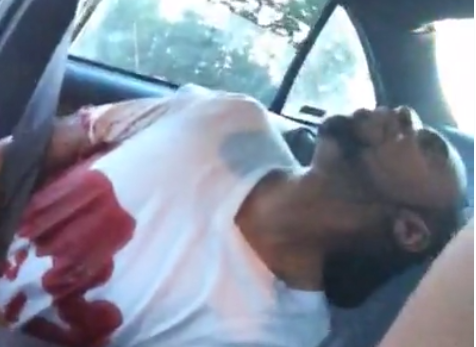 Over in the United States last night, American cops once again decided to shoot first and ask questions later as they murdered a man who was pulled over for having a broken rear taillight. Only this time, his girlfriend livestreamed it happening in real time so shit is hopefully going to hit the fan over it.

The incident went down in Falcon Heights, Minneapolis, Minnesota when 32-year-old Philando Castile was driving in his car with his girlfriend Diamond Reynolds and her four-year-old daughter. Once he had been pulled over, Castile was asked for his licence and registration.

He informed officers that he had a gun on his person (it’s legal to carry a firearm on you in Minnesota if you have a conceal and carry permit, which Castile was in possession of) and that he was reaching over to grab his wallet and not the gun. Reynolds then claims that the officer shot her boyfriend four times, killing him:

Jesus Christ that’s fucked up. That officer at the start sounds like he knows he’s made a major screw up by the sound of things too. How can American cops constantly be so hostile and stupid? Idiots.

Castile’s death was announced by his family two hours later. It’s going to be pretty tense over there in the next few days as there’s already been one shooting of an unarmed man by American cops over there this week. Why don’t they just fucking ditch the guns already, they don’t do anyone any favours over there.

It’s important to remember that not all American cops are like this though, as this tense standoff with a knife wielding psycho proves.