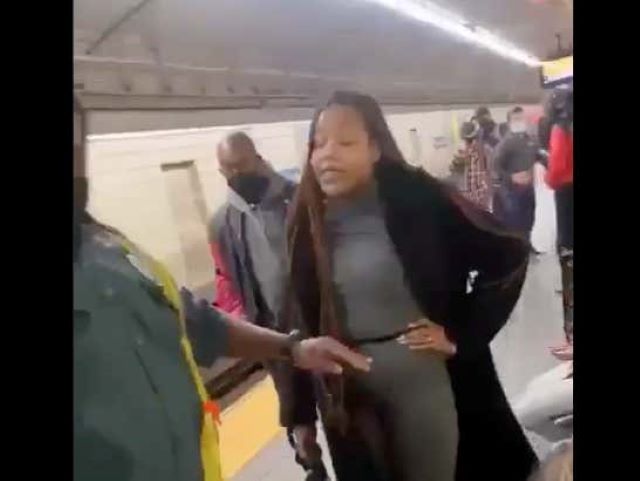 She did warn her.

HBK’s ‘Sweet Chin Music’ was one of the most devastating finishing moves in WWE history, but not something you frequently see in a real world fight, on public transport or otherwise.

Well we got a rare view of the move being pulled off to perfection over in New York the other day, as a passenger superkicked another woman so hard she ended up stumbling onto the train tracks:

Pretty sure if you tell somebody to be careful because they are standing too close to the train tracks before you karate kick them onto the tracks you can’t press charges. And she clearly told her to be careful. Tape don’t lie

In full agreement with that Tweet there – she literally told her to “be careful” or she was going to get hurt and when that woman didn’t heed her warning, she delivered on that promise. Simple as that really. Can the victim really complain? Well yeah she can but let’s pretend she can’t just to add some levity to the situation.

The funniest part is the slow motion fall onto the tracks which made it almost seem fake, which is ironic given the move’s ties to WWE. I do love how the victim kept running her mouth while a bunch of people had to help her up off the tracks though. Need to save face even when you’re moments away from being flattened by a high-speed train.

To watch another picture-perfect Sweet Chin Music come out of nowhere during a rap battle, click HERE. Gotta watch out for those.