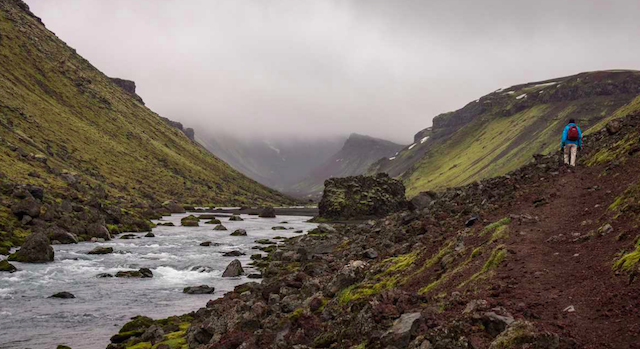 Well that was a waste of time.

A woman unwittingly found herself searching for herself in a missing persons hunt over in Iceland over the weekend after a blunder by a tour bus operator – and arguably the woman herself.

After visiting the volcanic Eldgja canyon, the tour the woman was on made a pit stop near the park. The woman in question visited the toilet nearby to change her clothes and freshen up, but when she returned her bus mates failed to recognise her and surmised that she must be missing after the group got talking and thought that she wasn’t there.

For some reason neither the tour guide/bus driver or the woman herself recognised the description that was given out of her or did a head count or checked everyone’s names on the manifesto etc and soon 50 people – including the woman herself – were out scouring the local terrain looking for the ‘missing woman’. Even the coast guard was brought in to help out with the search in a local helicopter, as well as local police who helped out on the ground in vehicles.

Eventually at 3 a.m., after a few hours of searching, the only smart (ish) member of the group realised that the woman they were looking for was actually in the group and hadn’t gone missing, she was just wearing different clothes and had ‘freshened up’. With that, everyone presumably felt really stupid and got back on the bus and went home.

It’s hard to believe that a) a woman could look so different after she had changed clothes and b) that the woman herself didn’t realise that she matched the description of the missing woman and stop this all from happening, but I guess stuff like this just happens when you’re on a crazy holiday in Iceland. Or maybe in relation to a) she really tarted herself up because she really fancied someone on the bus and wanted to impress them. I’m guessing that probably backfired after this incident.

Regarding b) she was probably just really stupid.