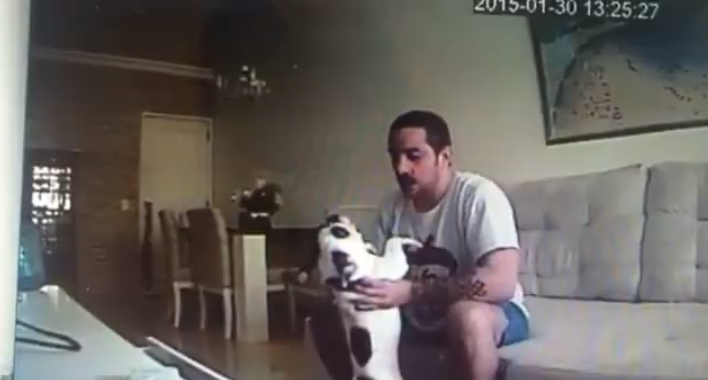 This will make you sick.

Over in Brazil, a woman was questioning why her dogs were always injured when she could see no reason why they would be from the time she spent with them.

In order to try and figure out just what was going on, Carolina Mandin set up hidden cameras all over her apartment. It was on these she discovered that it was her boyfriend Rafael Hermida who was beating up her dogs, for no apparent reason other than he was a psychopath and enjoyed it. What a complete freak.

You’ll be pleased to hear that Carolina immediately called off her marriage to this dickhead and then reported him to the police. He’s now on the run in Rio De Janeiro. We can only hope that the cops manage to track this scumbag down and they show him about as much mercy as the drug lords over there. An absolutely disgusting excuse for a human being.

You can see the footage of the dog beating below but we warn you it might be kind of upsetting for you.