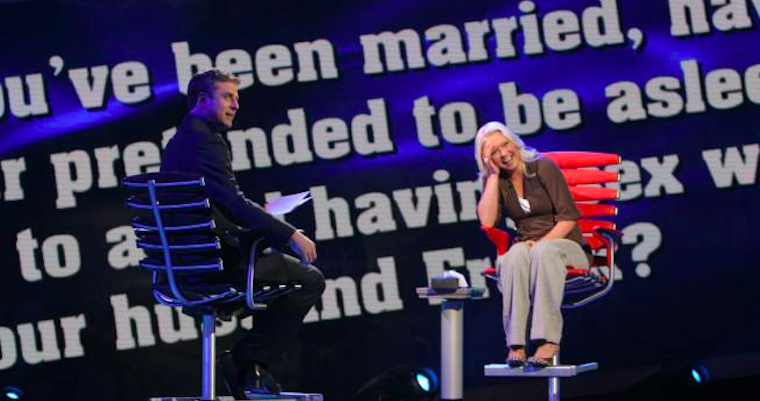 I was searching Sick Chirpse to post some old links in articles the other day when I came across this one entitled ‘Awesome Game Show About Lying Has Twist Ending‘ which I remembered being completely awesome but couldn’t remember exactly what happened so tried to watch the video. Unfortunately it was no longer there so I couldn’t, but I thought I’d be able to find it on the internet.

I couldn’t find that either though, but I found an even better episode of the same game show so I thought I would share that with you too. The game show is kind of old and Called ‘The Moment Of Truth’ and it involves the contestant being asked 150 questions on a lie detector.

This was the most controversial episode of it ever broadcast – the host says that if it was up to him it wouldn’t even have aired – as one woman called Lauren Cleri destroys her dignity, as well as her relationship with her husband and parents, all for that cold hard cash. Apparently this episode was one of the reasons the show got cancelled – because it was so controversial.

This is the best bit of the show – it’s well worth watching it all though, trust me.

For more Game Shows, check out this crazy one from Japan.