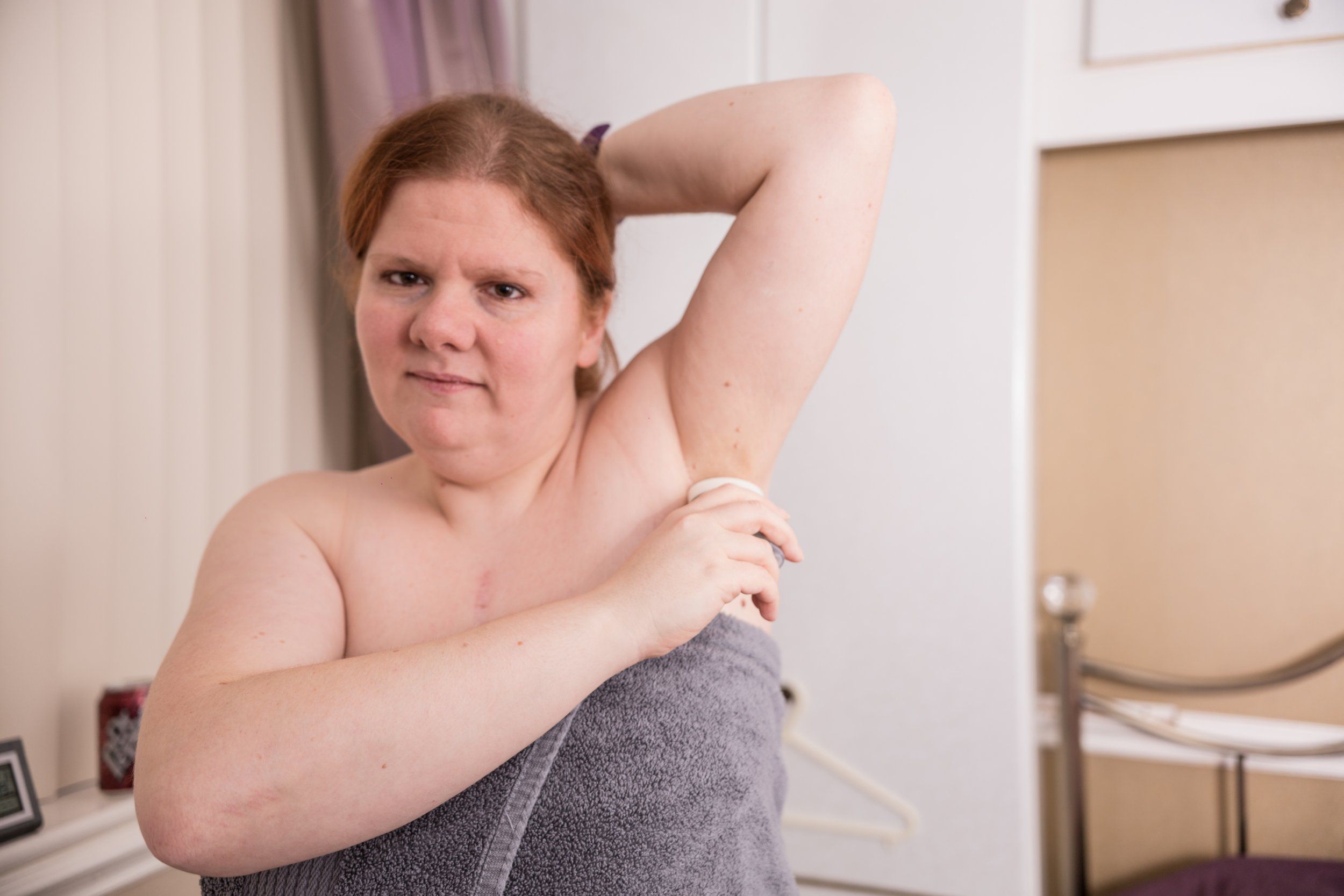 If there’s a couple of smells that are worse than that of rotting fish and shit rolled into one, then I’m yet to experience them.

Unfortunately for 36-year-old Kelly Fidoe-White from Manchester, it’s a problem she experiences daily due to an extremely rare disease called Trimethylaminuria. No matter how much she showers, the disease causes her to smell like a combination of onions, rotten fish, and faeces. The affliction means that Kelly’s body can’t break down certain food compounds, which cause strong odours to be emitted through her sweat.

Despite the condition, Kelly seems to have sorted out an OK life for herself. She’s married to 45-year-old Michael, who says that the smell does affect him but he just gets on with it and doesn’t complain to his wife about it. Very gracious of him.

Kelly also has a steady job as a radiologist at Royal Oldham Hospital, but admits that she still suffers from anxiety as a result of incessant bullying in her teens because of her odour. She decided to make the following short documentary about her condition to try and help other people suffering from it:

Man, that does sound like it’s an absolute chore for her doesn’t it? What an absolute shitter of a condition. She’s a trooper for getting through it, but let’s hope that a cure is found in the near future. At least she’s got Michael to help her right now though.

For more completely bizarre and disgusting diseases, check out the ten weirdest on the planet. You won’t believe some of these exist.