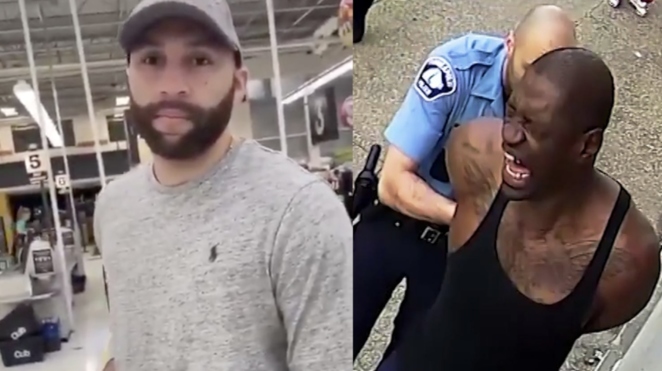 J Alexander Keung, one of the Minneapolis police officers fired and arrested for George Floyd’s murder last month, is out on conditional release, having met his $750,000 bail. He’s charged with second-degree murder without intent.

Amazingly, Keung hasn’t had a full face transplant or even shaved his beard, so I guess he thought he could just walk around the city like normal?  Unfortunately for him he came across a woman who never forgets a face as he shopped at Cub Foods:

look who my sister caught at Cub Foods in Plymouth. J. Alexander Keung, one of the officers who lynched #GeorgeFloyd in cold blood. pic.twitter.com/PVX4pFijab

I just can’t wrap my brain around why this guy hasn’t shaved his beard or worn a hoodie or tried to conceal his identity whatsoever. It’s literally the perfect time to wear a face mask so no one will recognise you. He’s public enemy #1 and he’s out shopping looking the same as he did in the original video of George Floyd’s murder!

Of course though, the girl filming is wrong – Keung does have the right to shop and live life within the terms of his release until he has to go to court to answer for what he did. Which is basically stand back and do nothing while his superior officer murdered George Floyd. I do wonder how Keung’s case will play out considering he was a rookie cop on the 3rd day of his job, which is a rough time to find yourself in the sort of situation he did. Did he even consider intervening or was he too worried about his job?

Either way, maybe sit in the car next time and let your mate grab those “necessities” AKA Oreos.

For more supermarkets, get a load of this Glaswegian fighting everyone outside Tesco’s during lockdown.